When water purification plant of the city of Amsterdam was relocated from Zeeburger island to the harbour area to make way for a new housing district, three characteristic silo’s were saved as a reminder of the past. With one of the three silos already being developed, only two silos were subject of the competition organised by the municipality of Amsterdam.
The proposal focused on regaining a logic unity between the silos by transforming the entire ensemble, incorporationg the new plans of the third silo, into one new iconic landmark for the new urban development of Zeeburgereiland.
The mediatheque, a box-shaped volume proposed on top of the two existing silo’s, will function as a new public space with a great view on the city. On top of the mediatheque three smaller volumes are envisioned containing a restaurant, congress space and a wedding chapel. The two existing silo’s give space to respectively a theatre and the floors of the supporting offices. 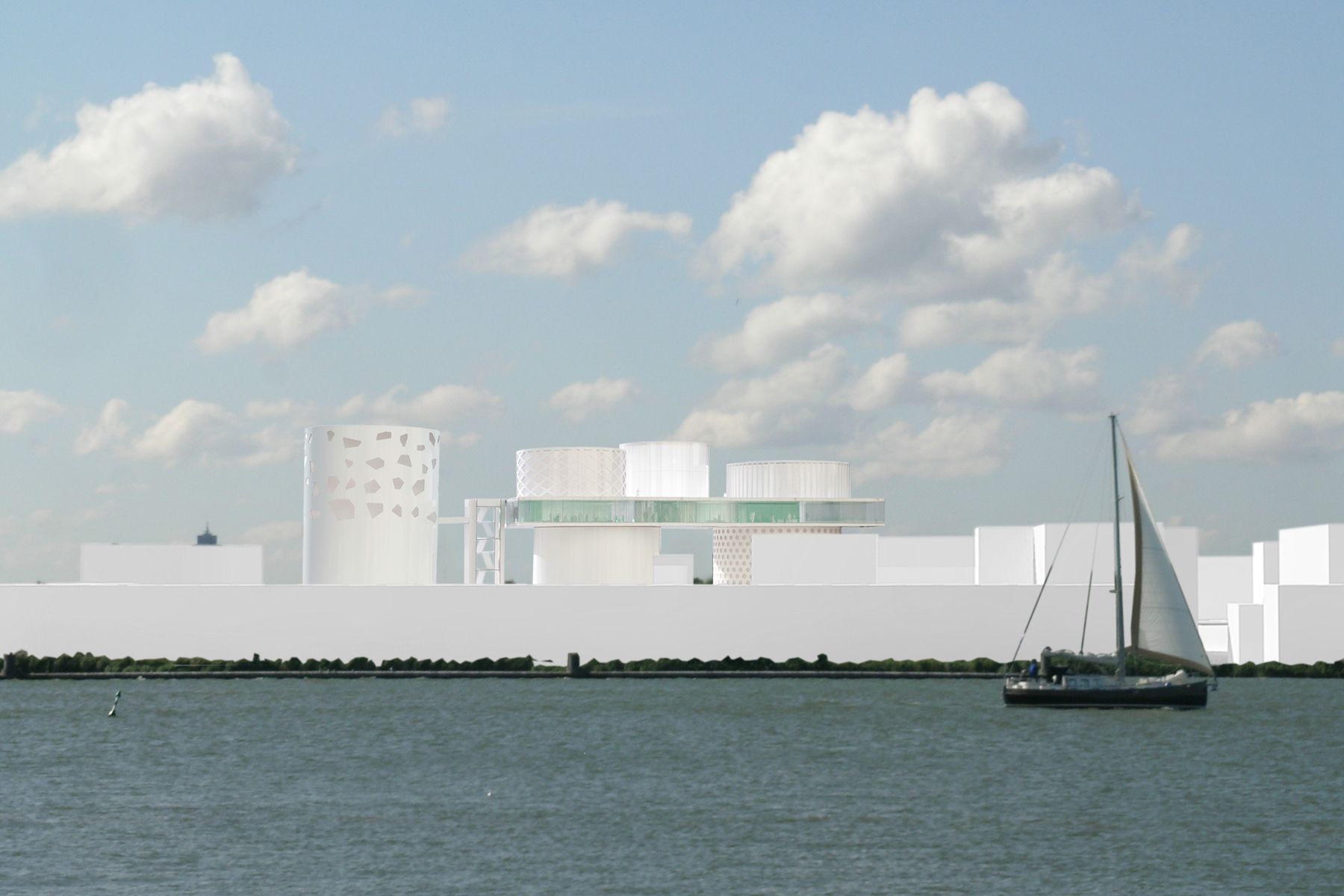 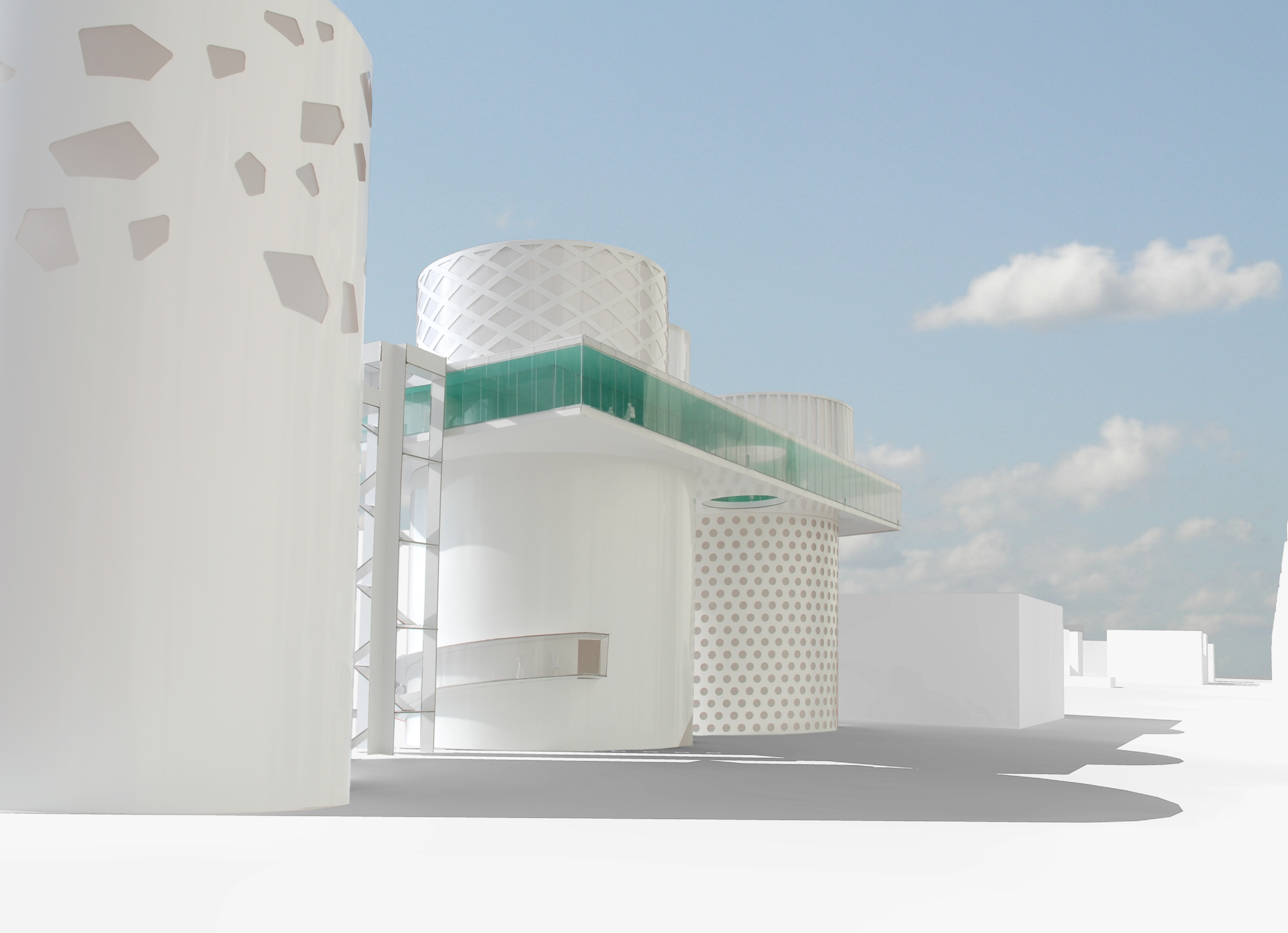 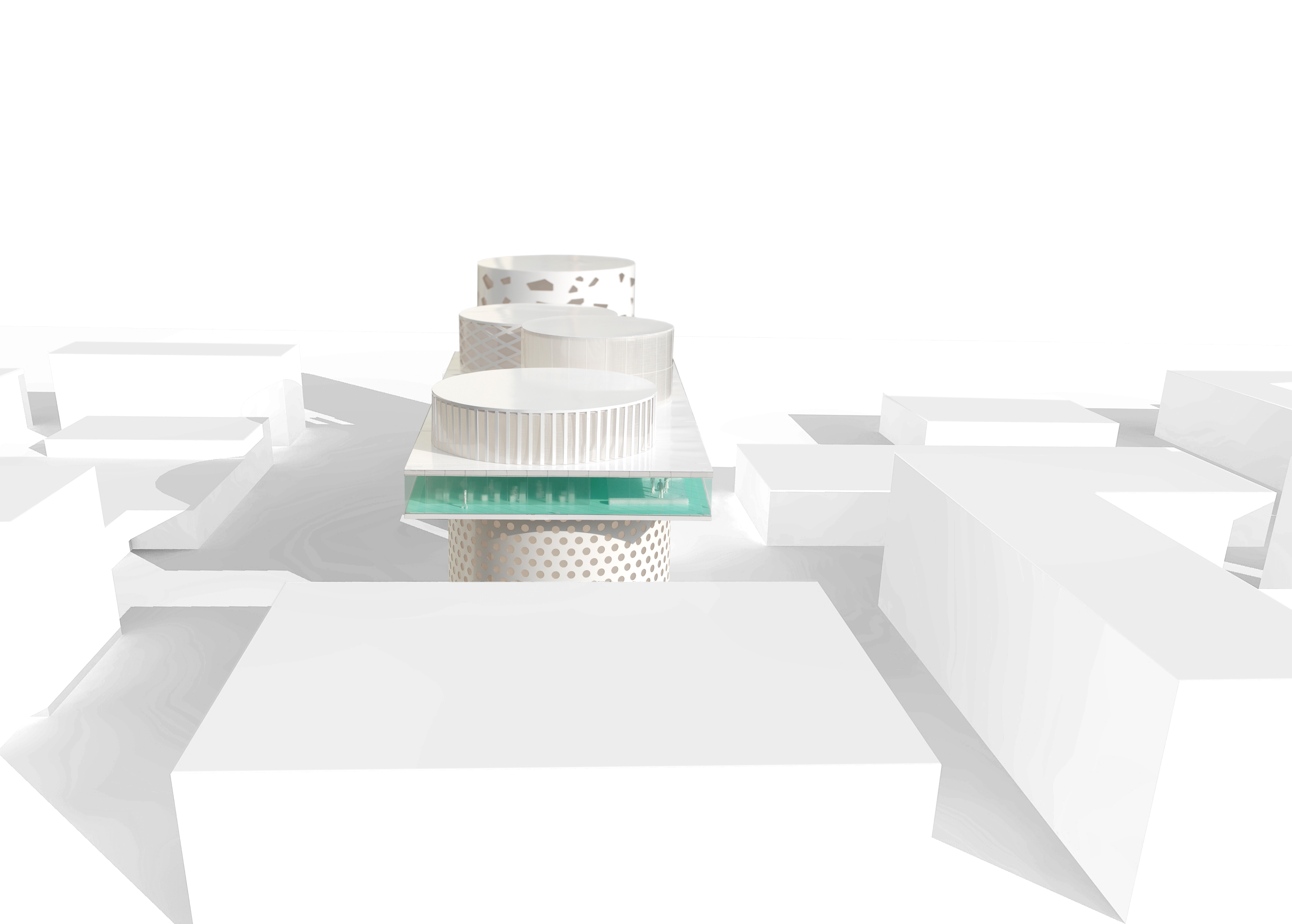 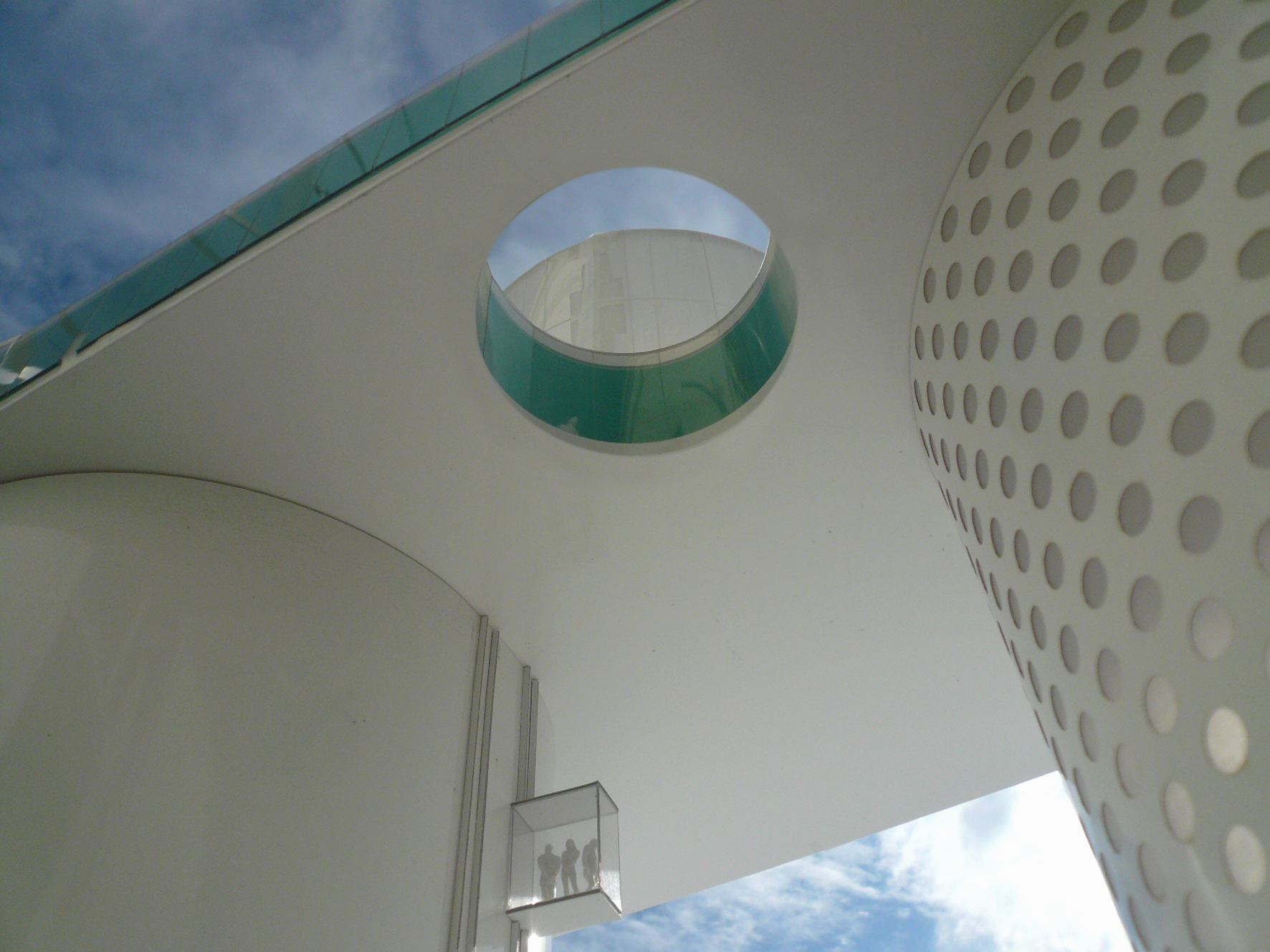 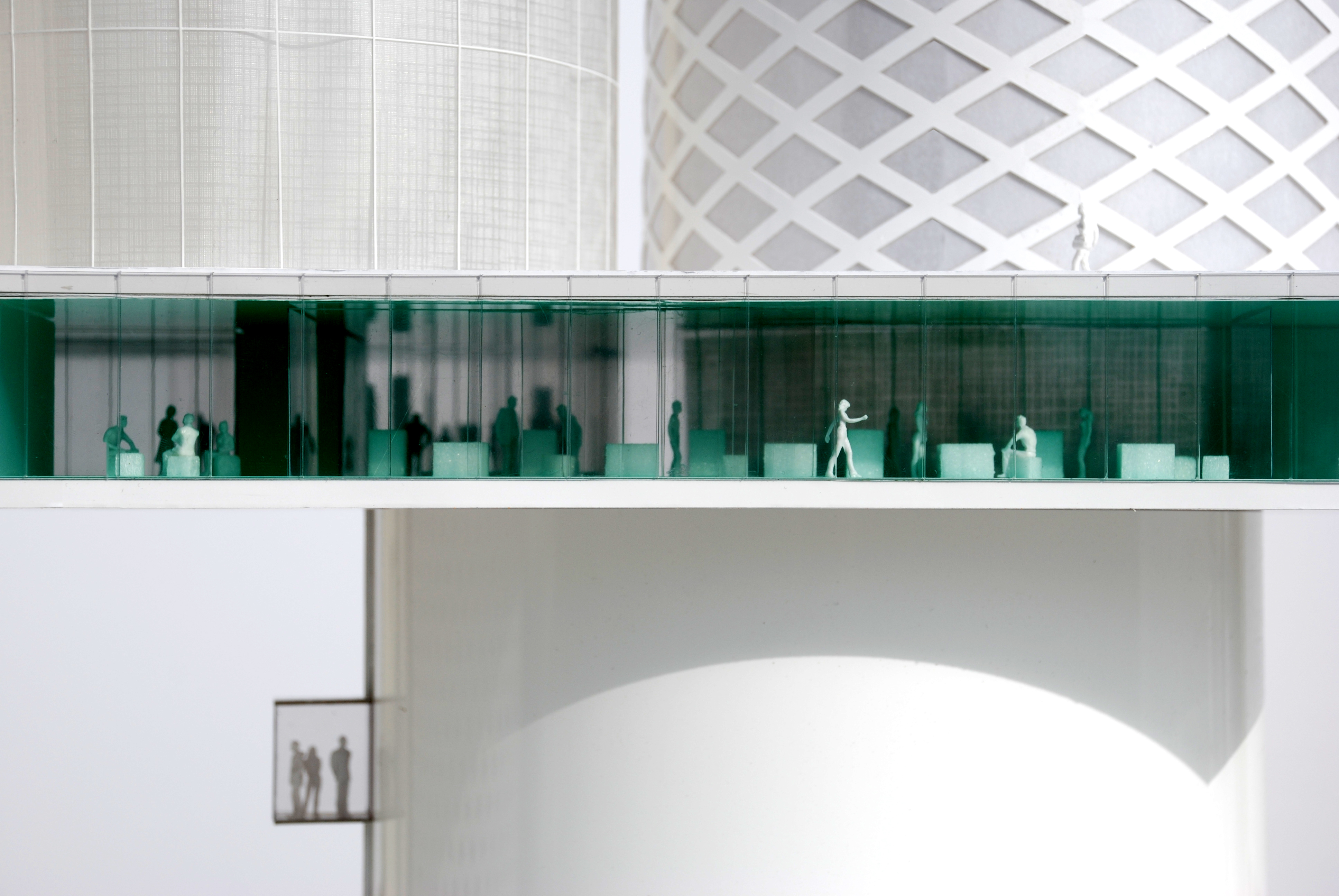 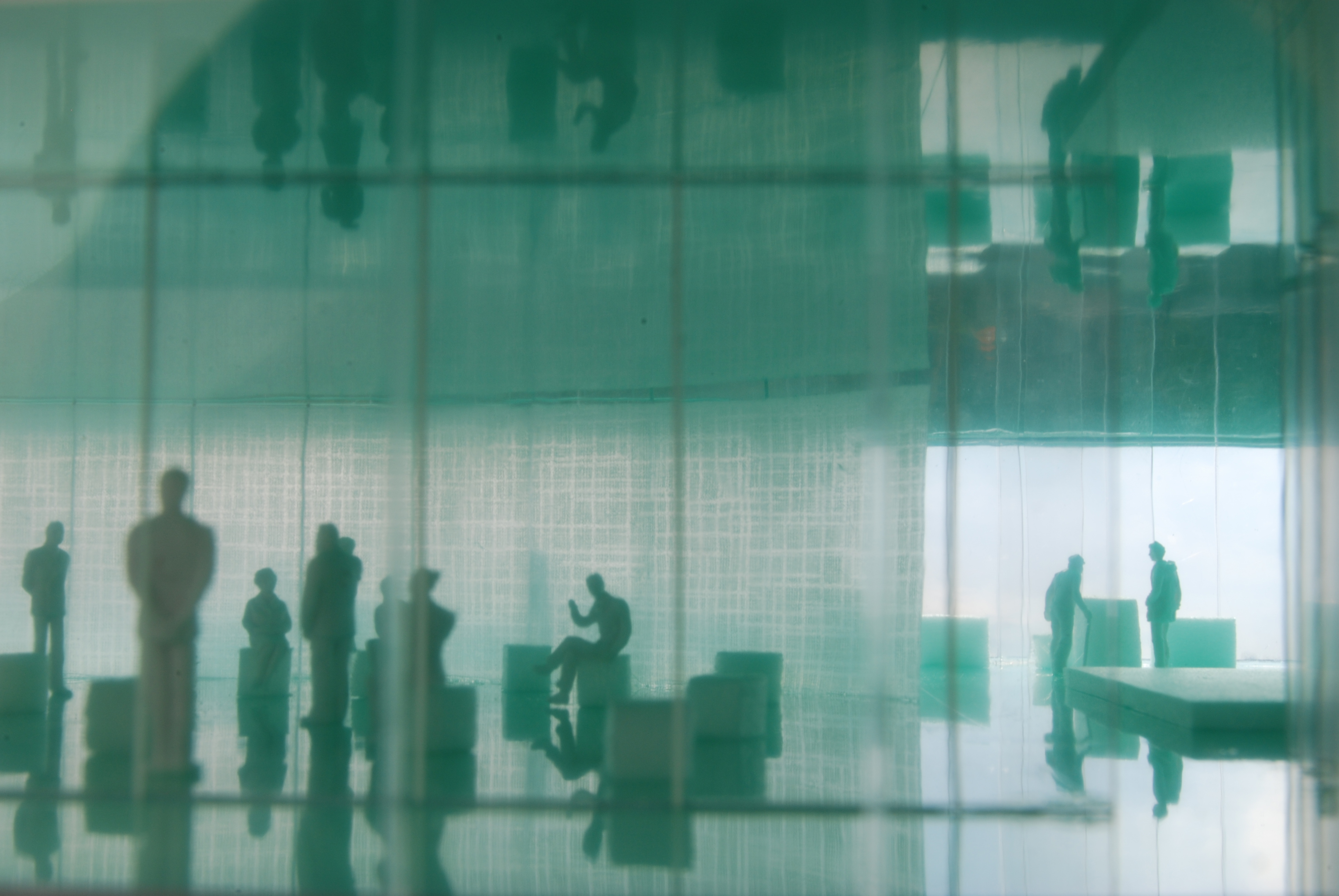 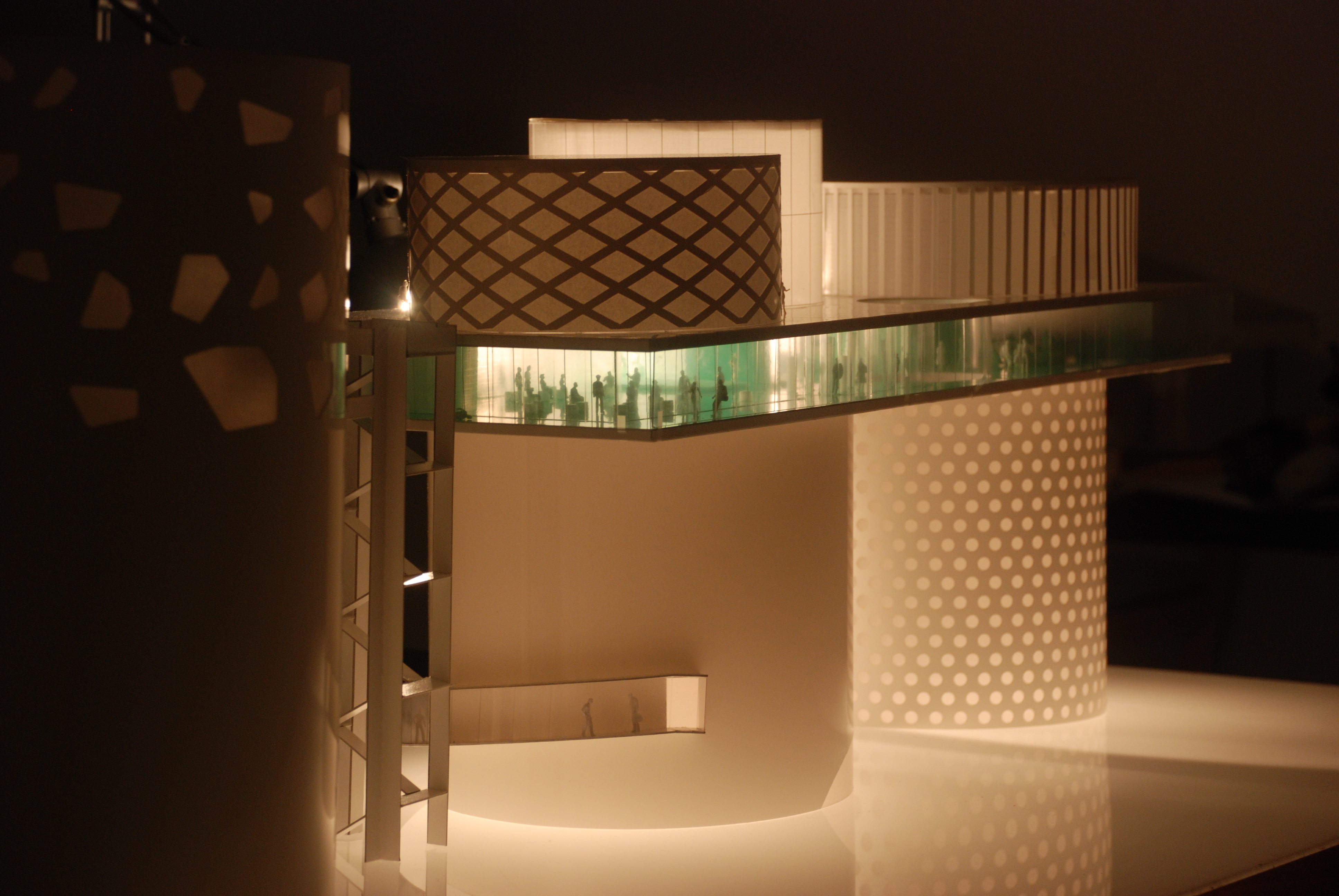 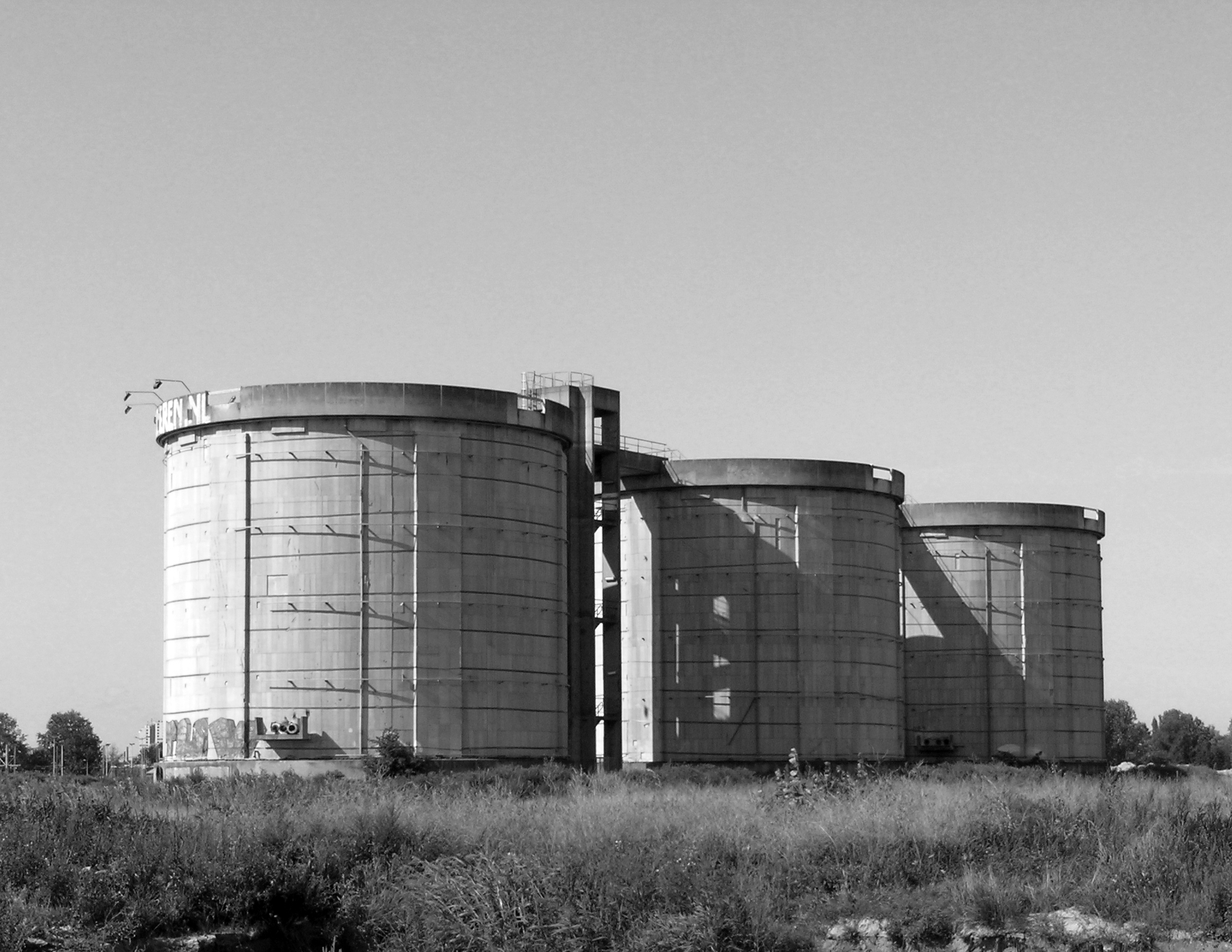