Bruynzeel is a Dutch timber factory where doors and floors were made. The factory became famous for the fabrication of its pencils and kitchens. The factory with its buildings and public space was designed as a coherent ensemble by Jan Wils in 1958. The re-use of the factory is envisaged as a retail centre.
To prevent the public space to be dominated by cars, all parking is efficiently organised over four stories in the smallest hall of the factory. The retail program is organised over two stories in the longest hall. The central hall gives space to public oriented program. The function of this roof-lit passage changes during the day from supply, market hall, festival space, sports hall to event space. Bridges and stairs connect the three halls and will also be used as terrace, restaurant or a place for a DJ’s turntable. 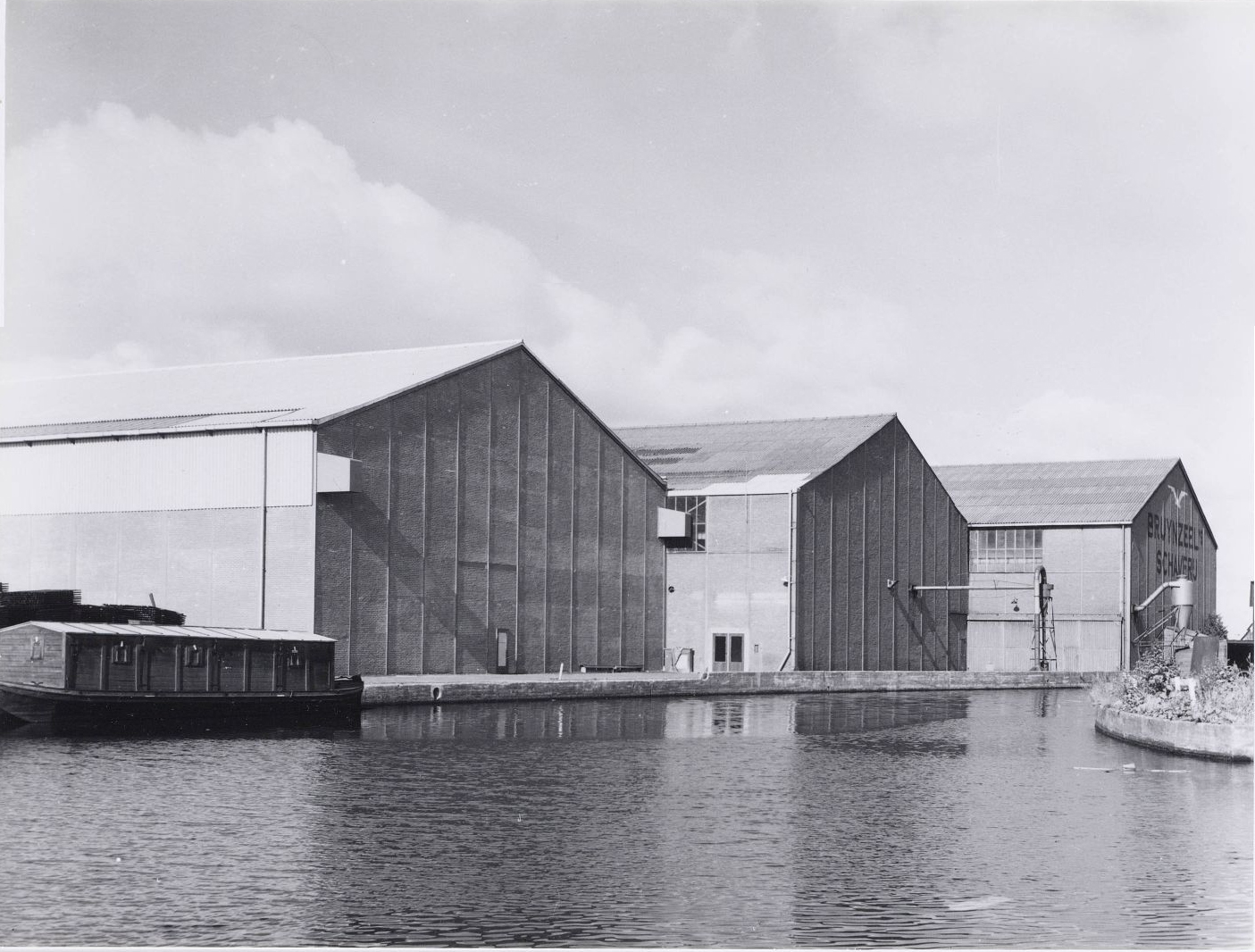 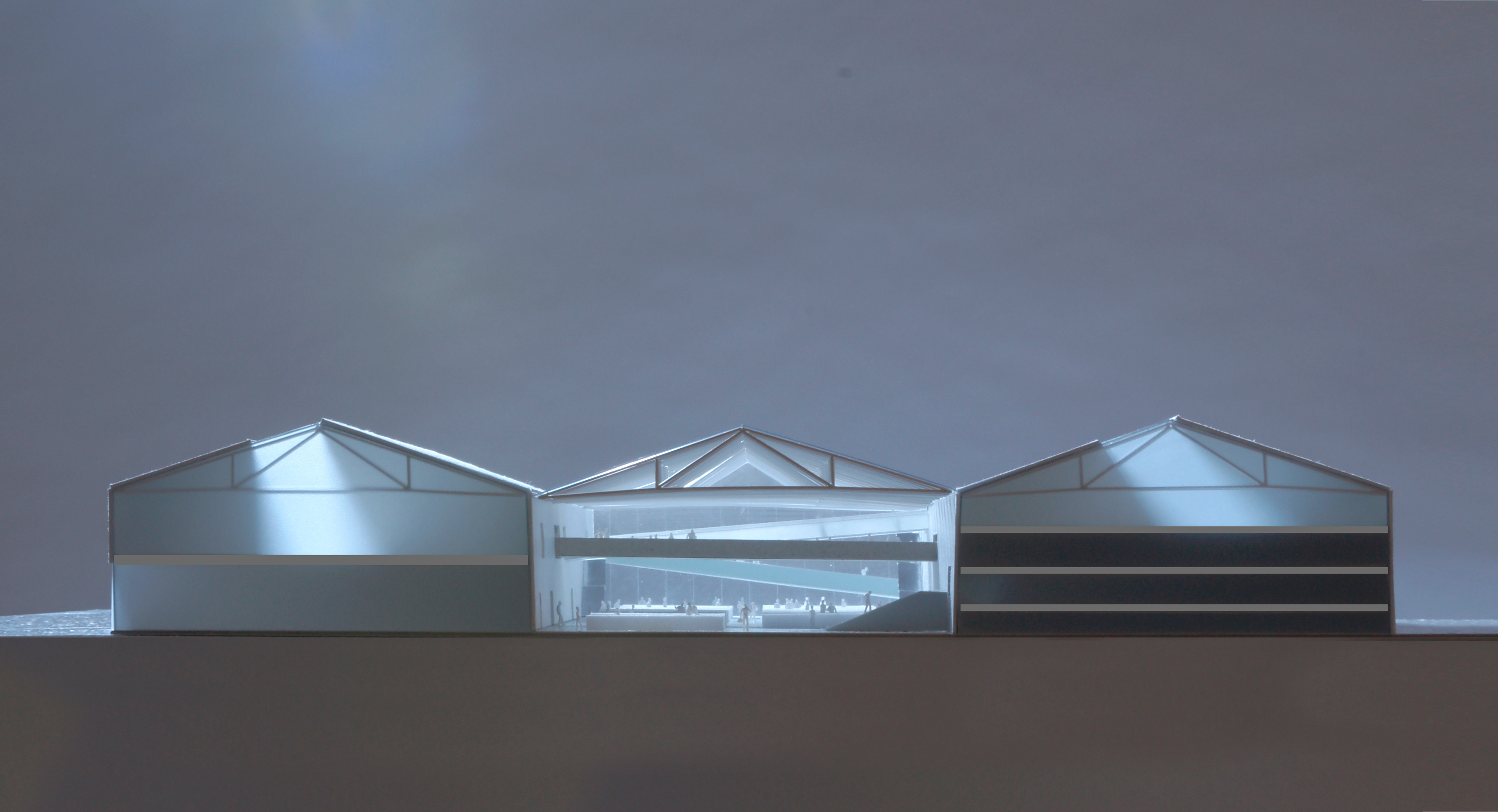 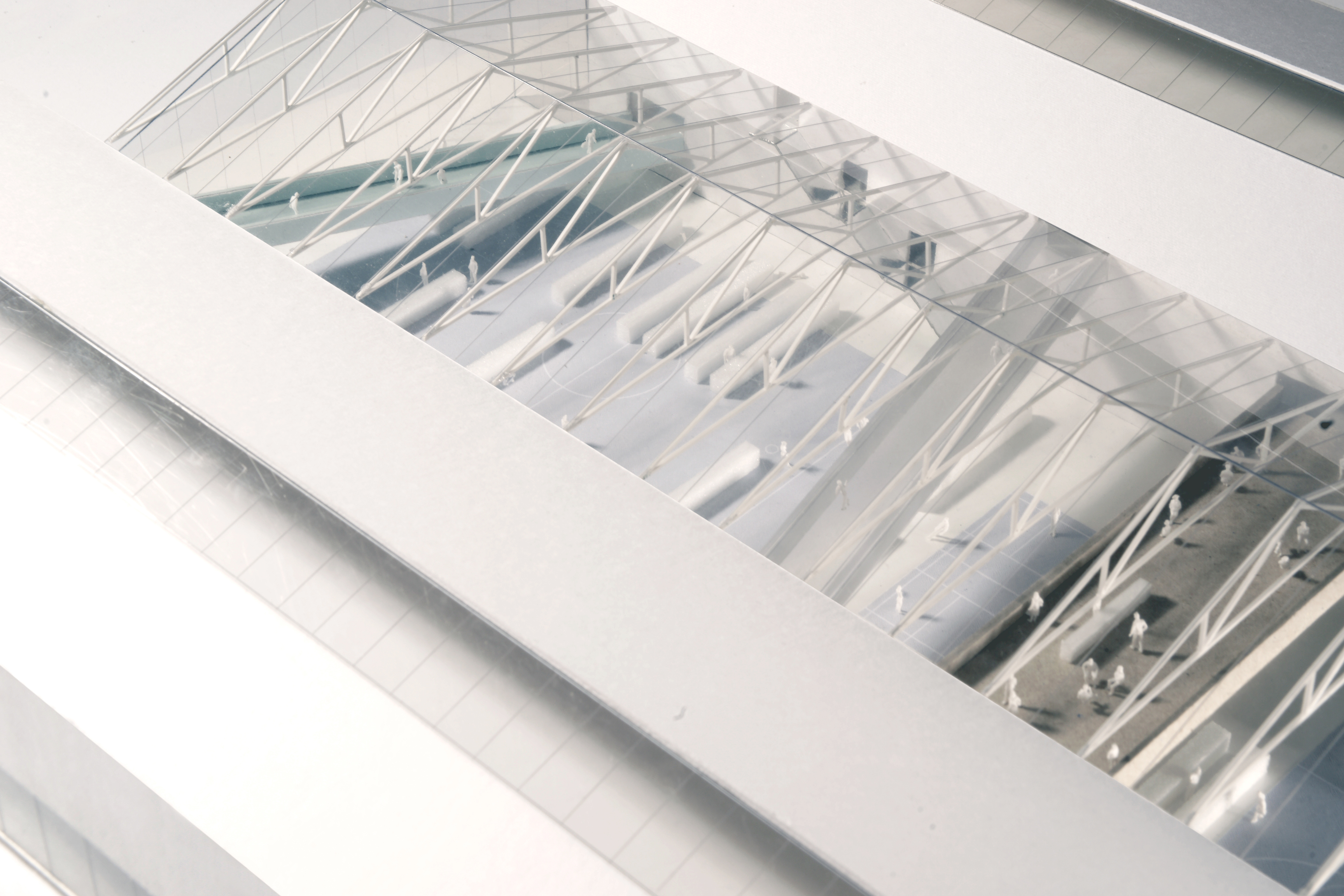 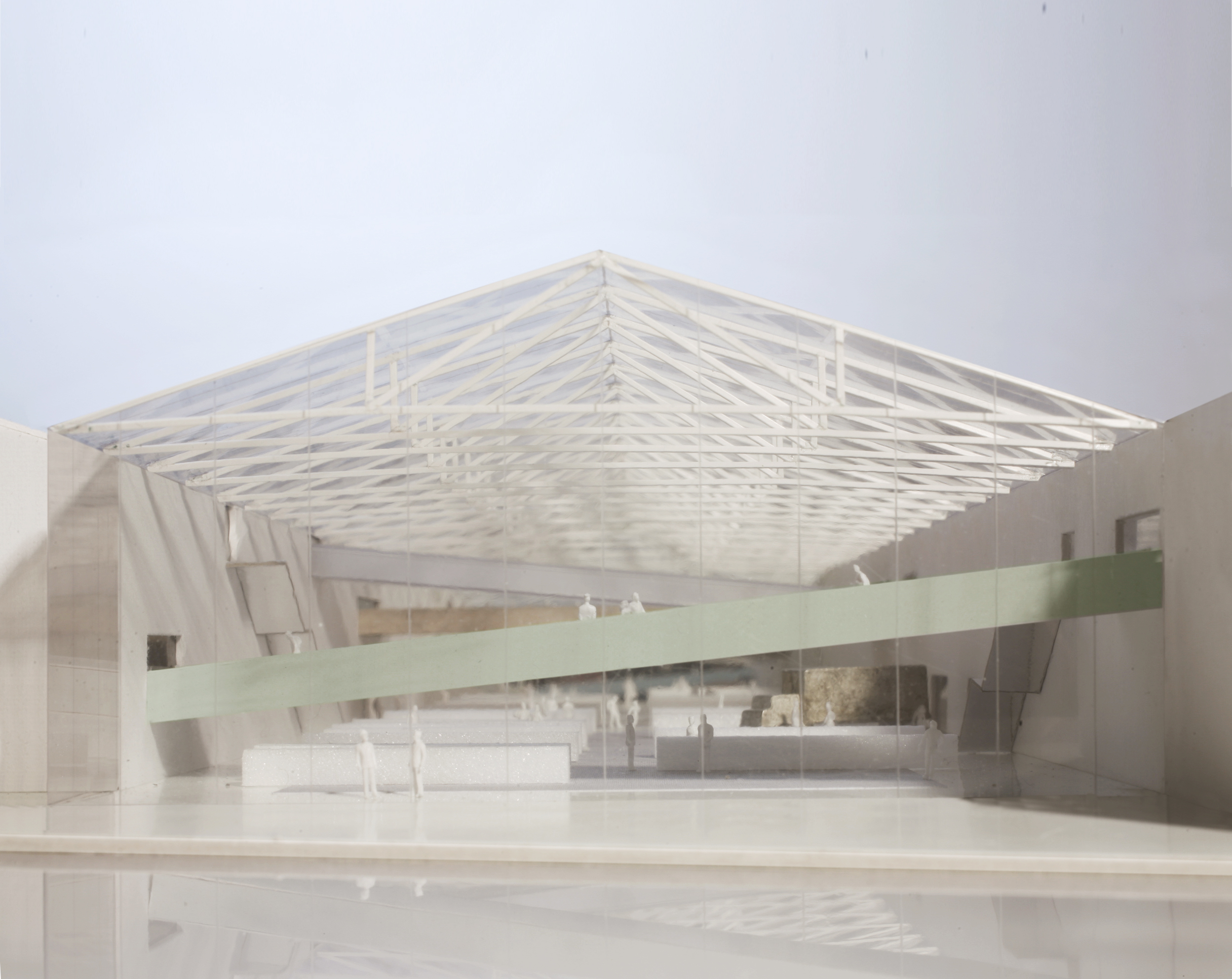 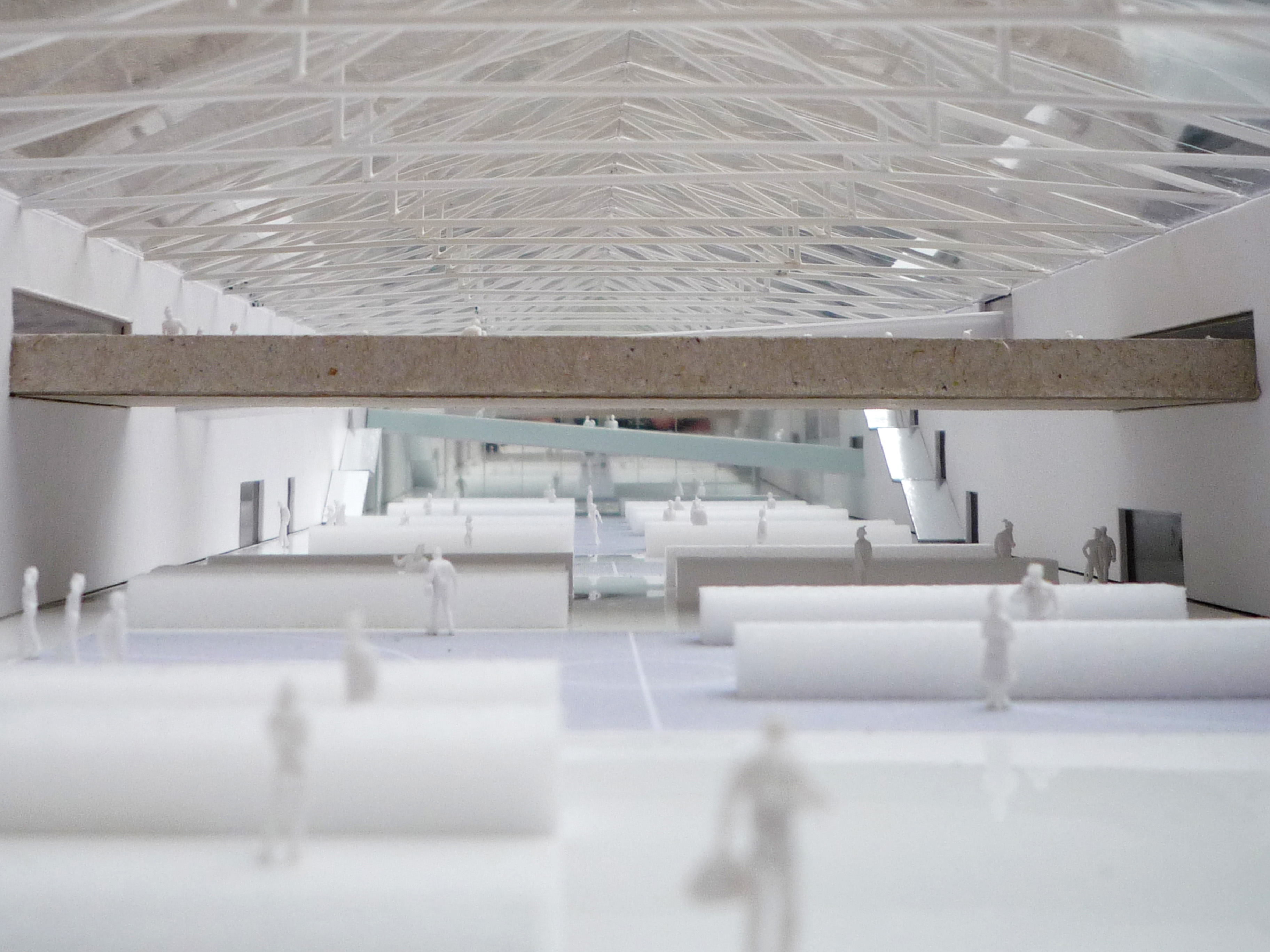