The E’tower is located in a former industrial area which has been redeveloped into a new residential neighborhood named Strijp S, EIndhoven. The tower of 22 floors  with 110 apartments, forms the entry to the neighborhood Stadionkwartier. The apartments are organized around a highly efficient core in the middle of the towers’  footprint. The apartments vary in size from 65m2 to 110m2 and due to the floor-to-ceiling glass facades the view towards the city is part of the apartments and creates therefore visually a bigger apartment by permitting air, light and space into the apartments. Every apartment in the E’ Tower has a big balcony which serves a an extention of the living room and enables a dinner party of six. Connected to the living and the balcony, an extra glass room is provided serving as a winter garden or extra bedroom or study.

In the luxurious lobby on ground level, the glass facade is fritted with dots composing an image of curtains from a distance.

The construction consists of poured concrete columns and walls on the ground and first floors and prefabricated concrete columns and walls on the remaining floors. The facade has geometrically shaped aluminium elements on its floorlevels that, by mirroring its shape, visually create a dynamic flow like an upwards blowing skirt. The columns are shaped contributing to a dynamic sense of space within the interior.

In between the tower and a 5-story building that mirrors its façade, a glass gate provides access to the neighborhood’s non-public courtyard.

Freyke Hartemink contributed to this project as project architect at WAA controlling the process from Preliminary Design to Construction. 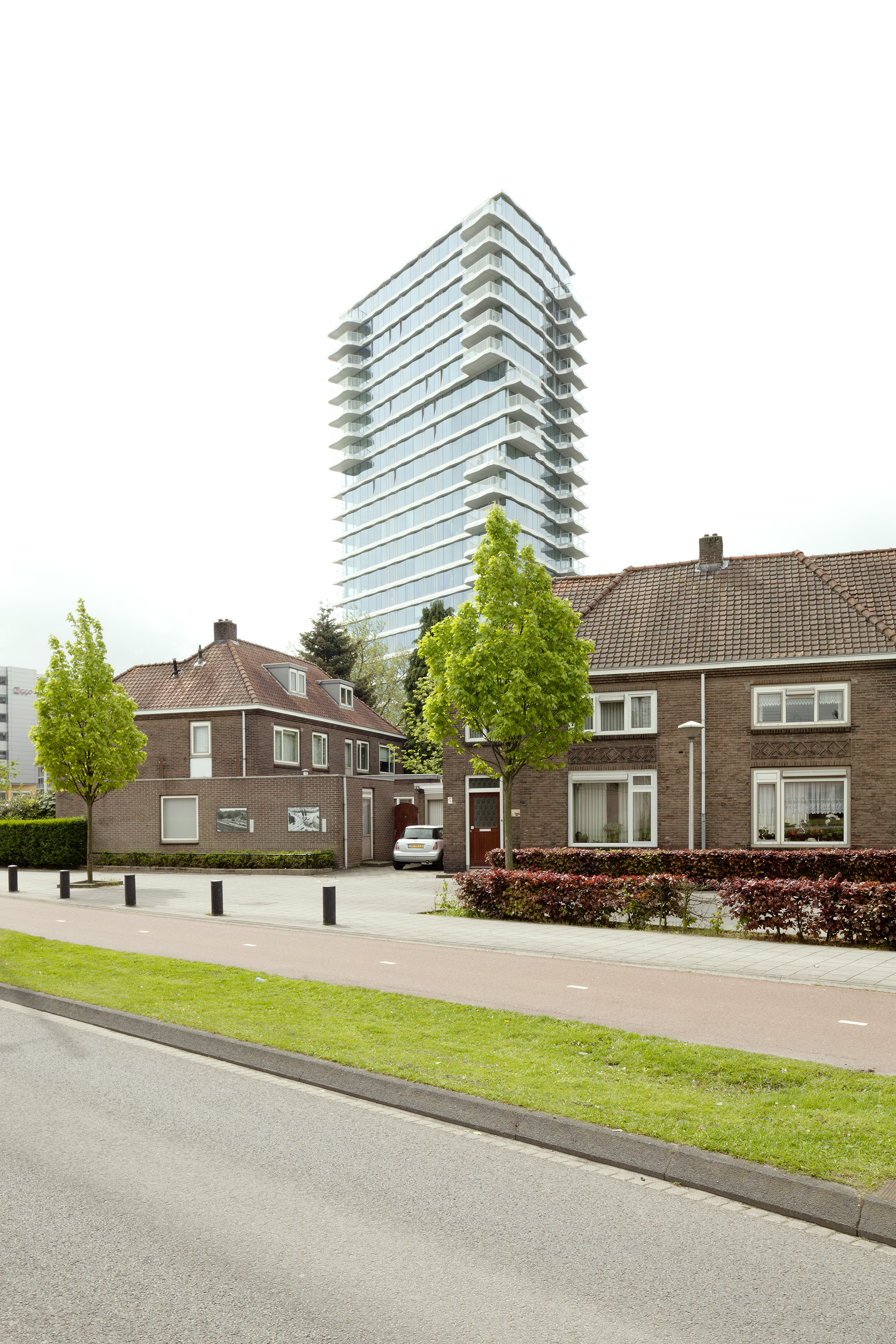 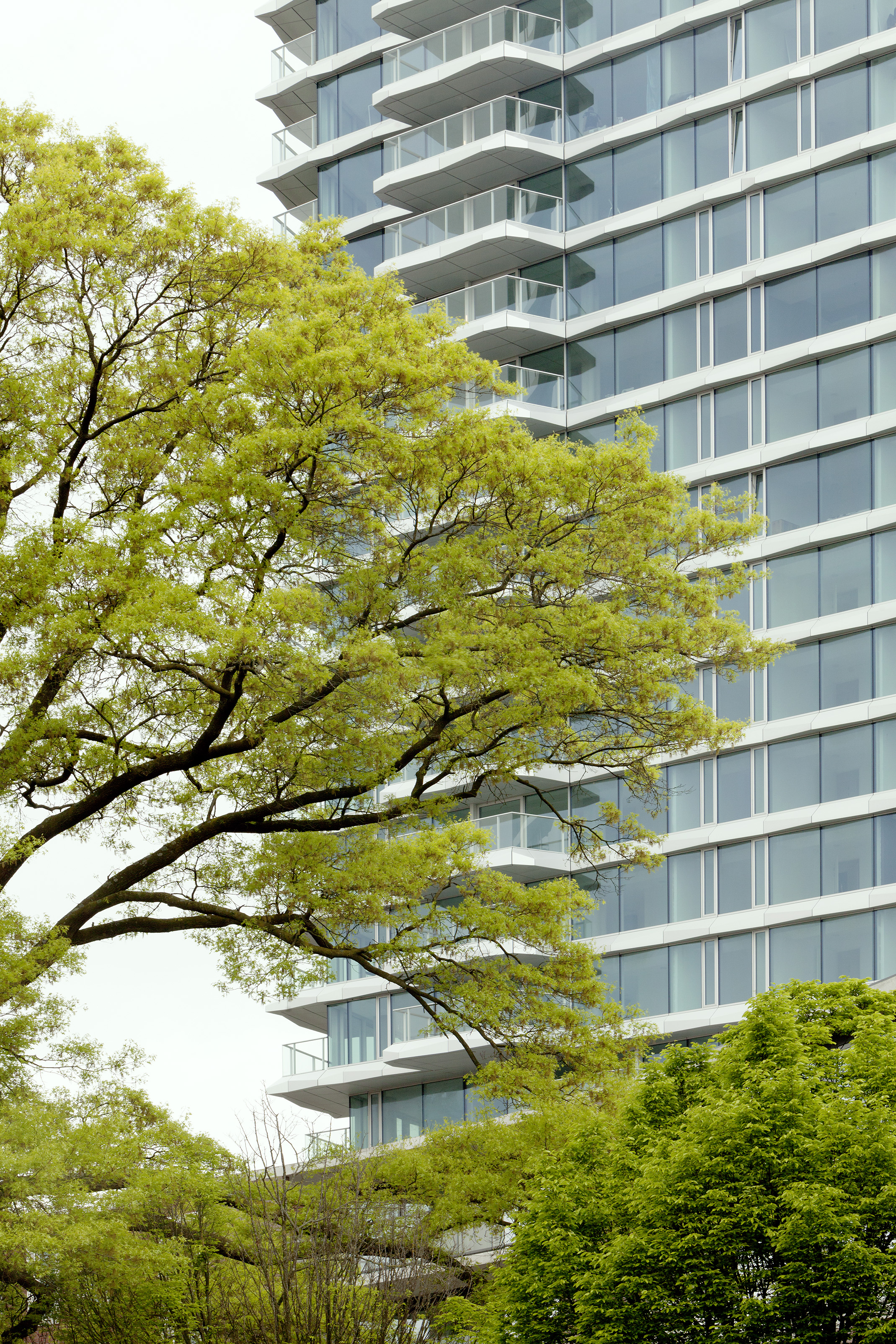 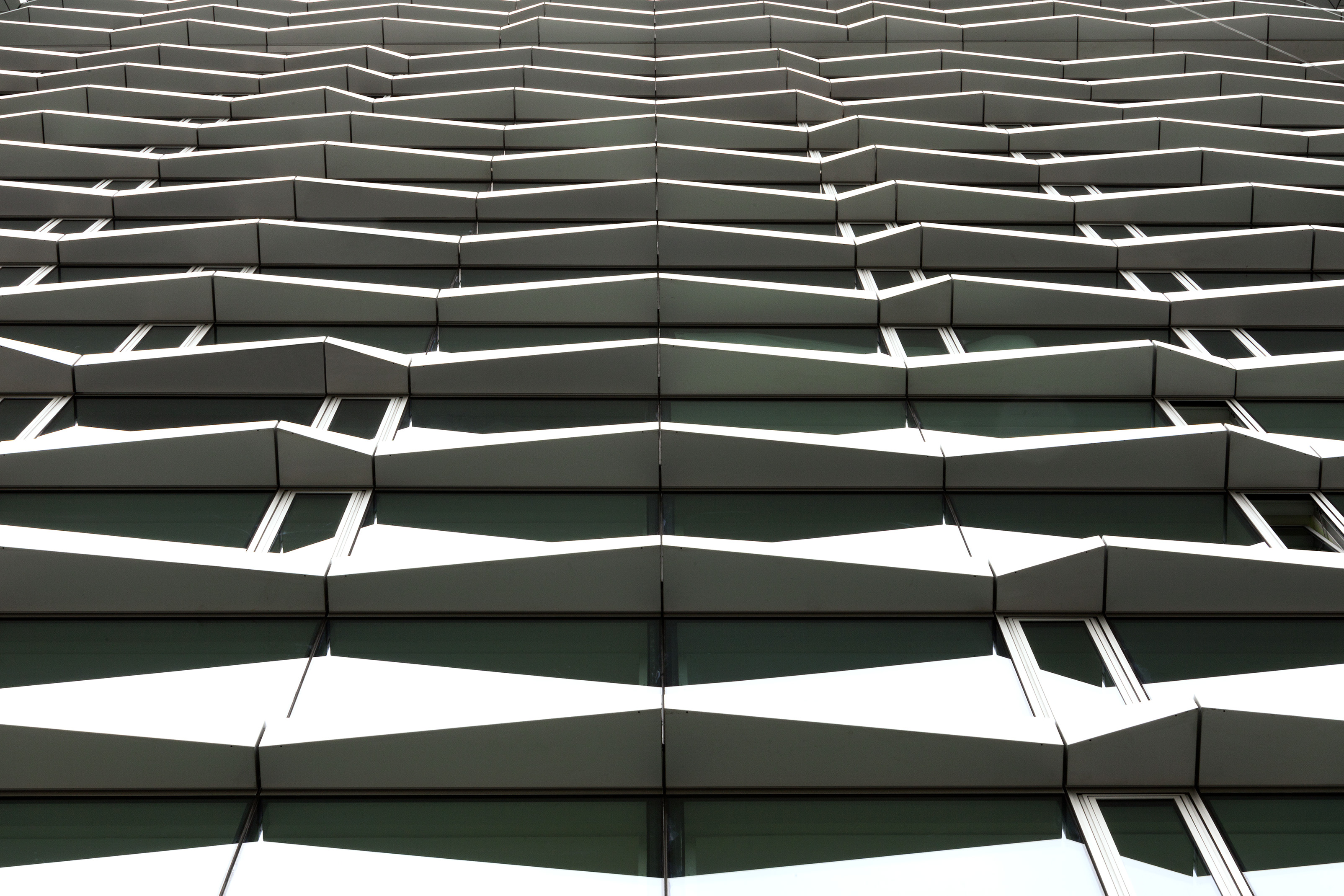 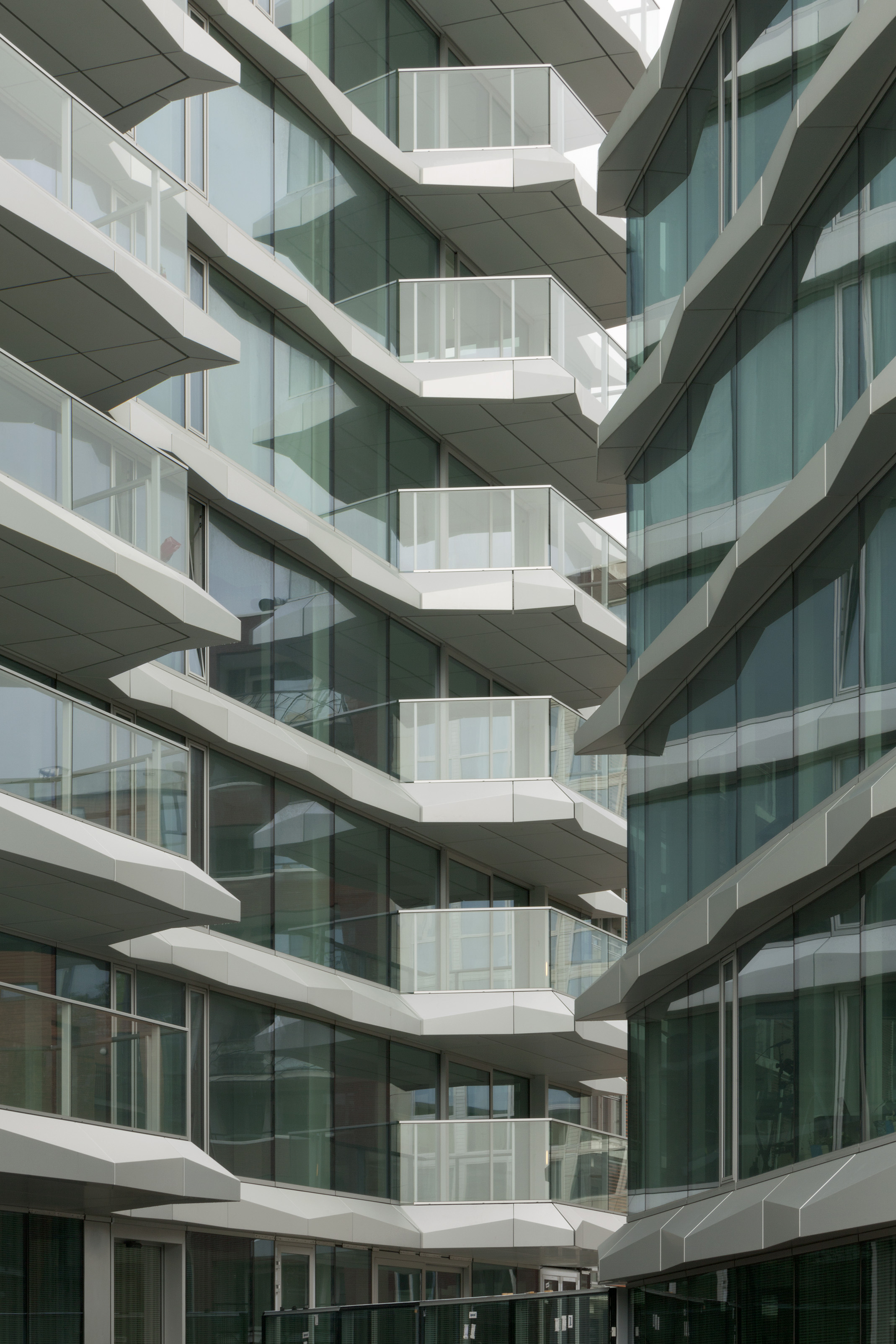 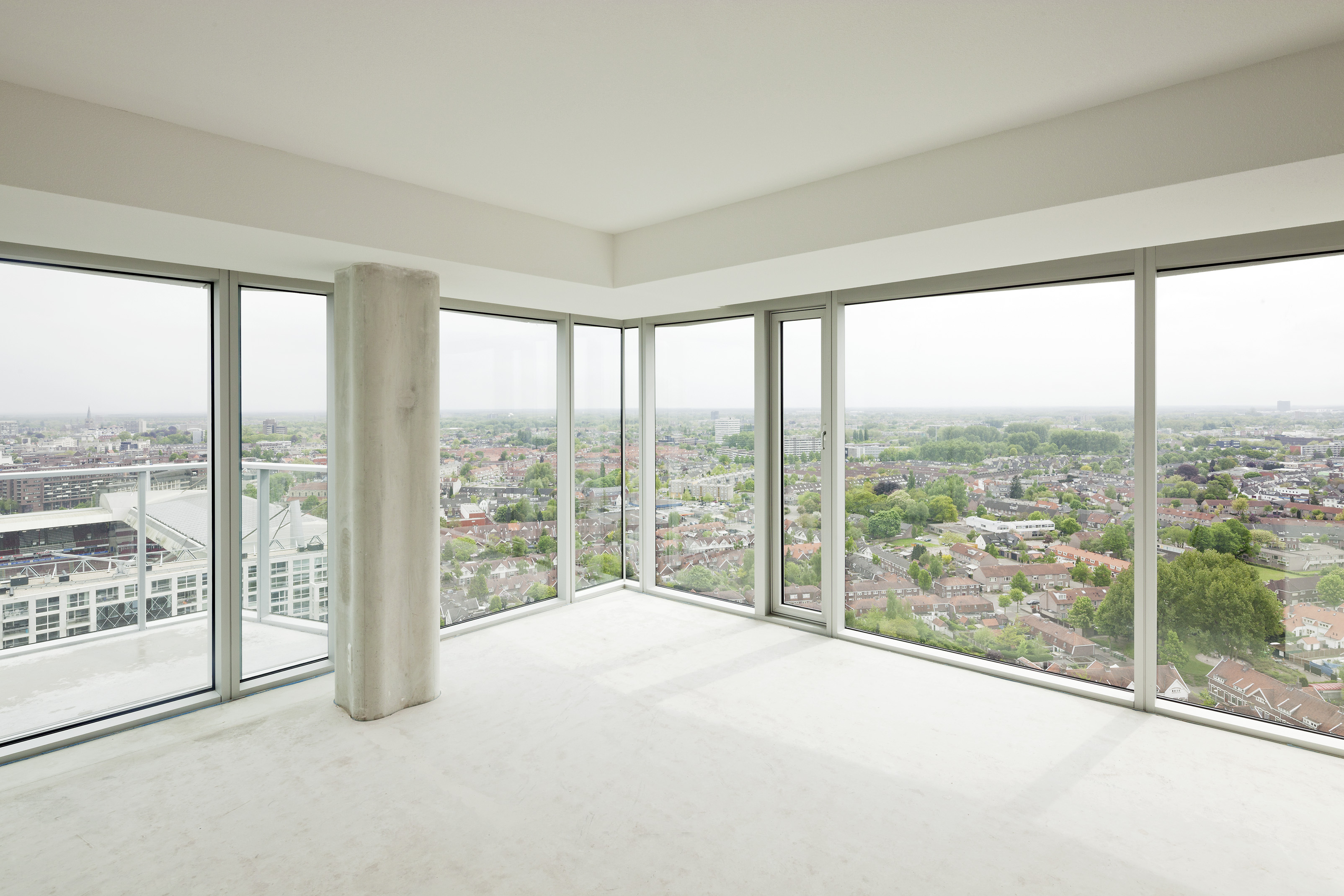 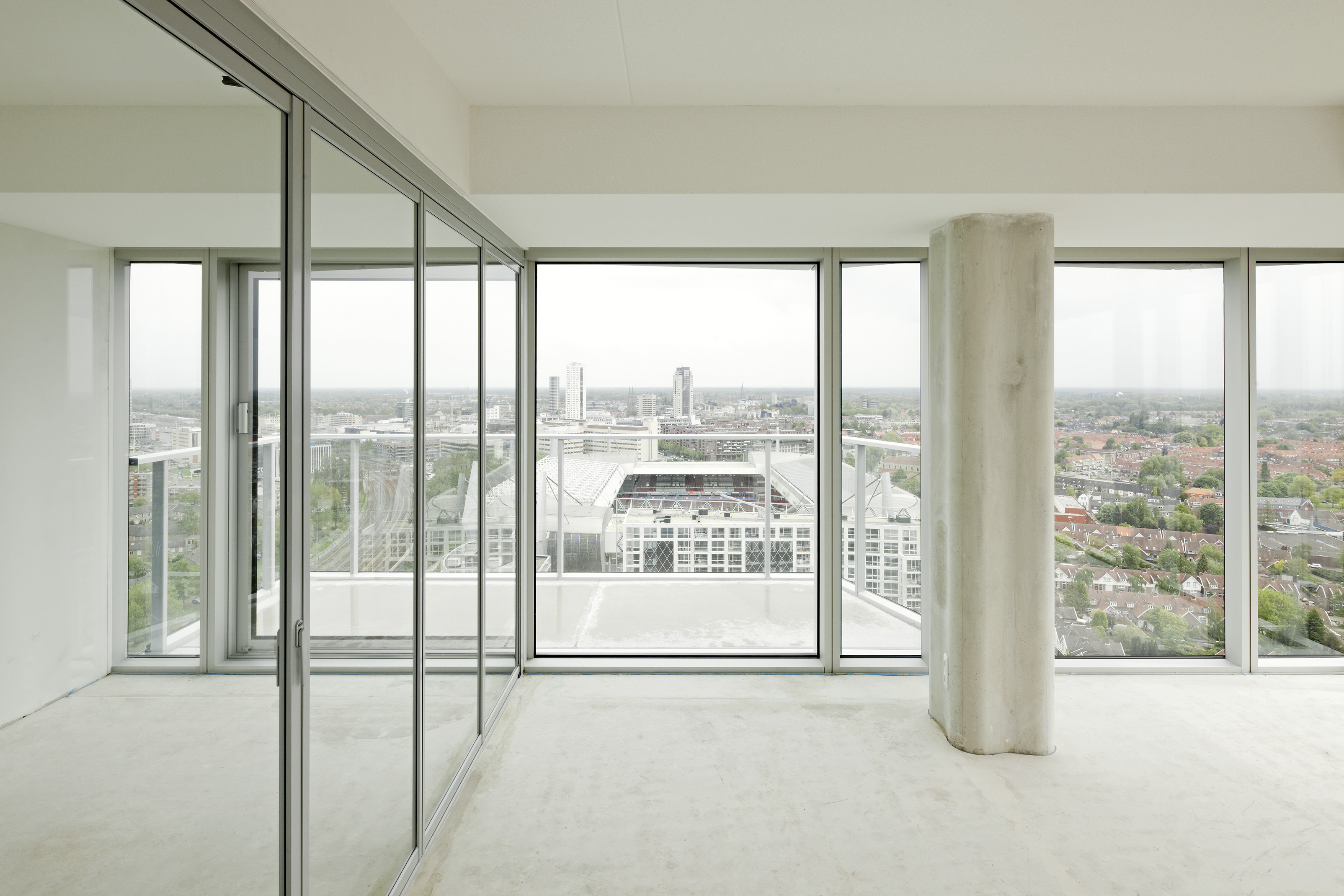