Kavel 6 is an urban ensemble consisting of 170 studios for young people and 30 apartments for the elderly. The design for the ensemble tries to respond as much as possible to the highly urban context by reinforcing the characteristic diversity in size, scale and appearance of the various buildings on the main street of the island, the Oostenburger Middenstraat.

The collective courtyard garden is the heart of the ensemble and is a connecting element as a quiet meeting place for the residents. The garden is located on two levels, each with its own character: a shady garden with trees in full ground and a sunny garden on the roof of a logistics corridor that runs across the plot.

The architectural design for the housing for the elderly, on the corner of the ensemble, reinforces the urban design principle of diversity and contrast. The building with a width of 10.5 meters is divided, both functionally and architecturally, into two narrower buildings, creating a double building.

One building of 3 meters wide serves as a spacious entrance to the residential building, vertical circulation and as an important meeting place for residents. This building has an industrial appearance and is finished with a ‘mesh’ that is covered with ivy and vine on the garden side, making it visually one with the vegetation of the inner garden.

The other building, on the corner of the ensemble, houses an open workspace on the ground floor and 30 apartments for the elderly on the floors above. The facade of this building contrasts strongly with the industrial building and is constructed from masonry of black modular bricks. The large square window openings are staggered within the rigid square pattern of the bricks, creating an architectural play between the laws of the grid and the need to express the individual.

The compact 2-room apartments (surface 40m2) have a smart layout that is user-friendly for the elderly who will later have to deal with limited mobility. The apartments have a functional zone with kitchen, bathroom and bedroom, that serves a relatively large space that stretches from facade to facade and can be freely arranged. The large window openings provide the apartments with lots of light and views. 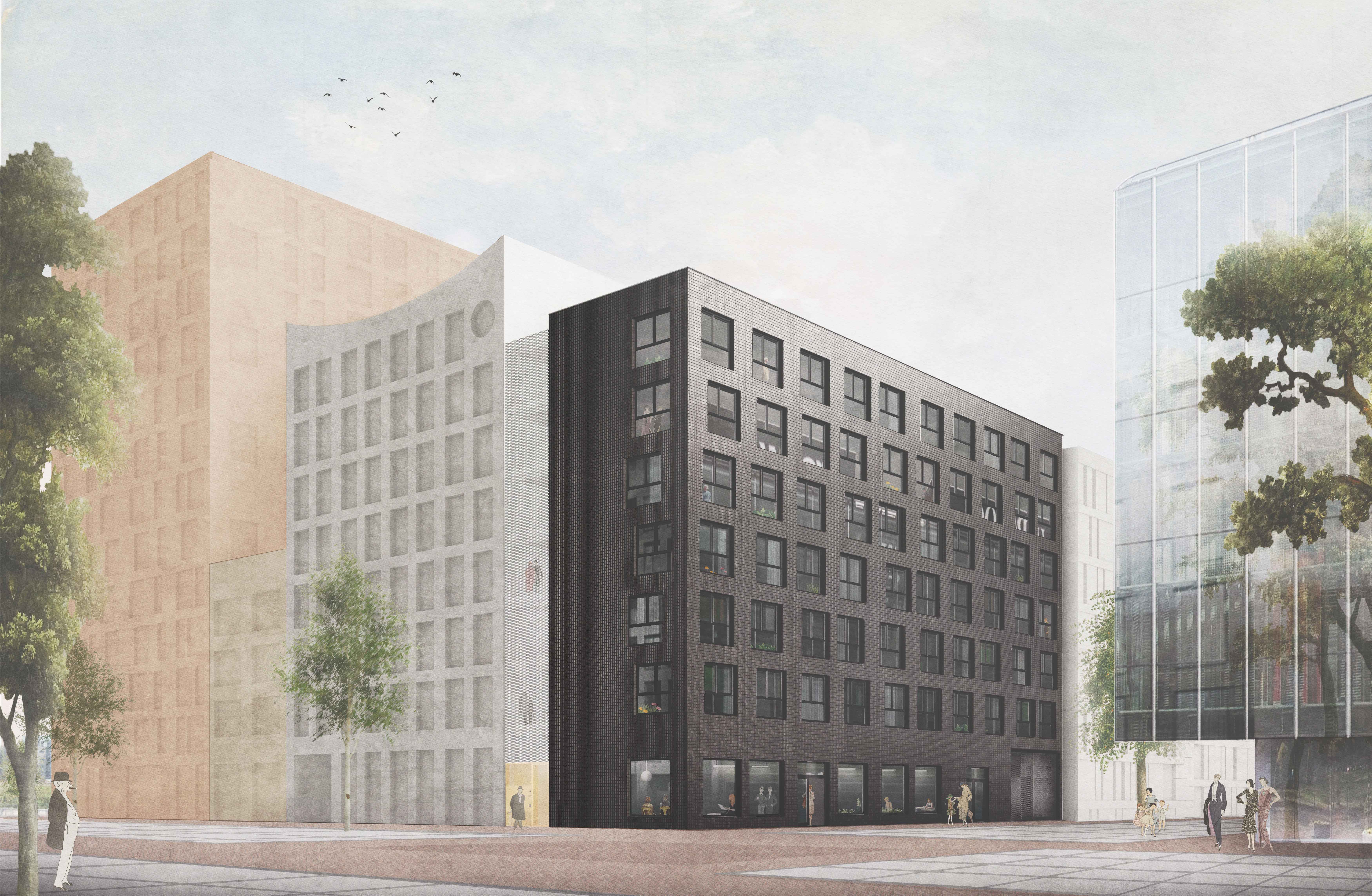 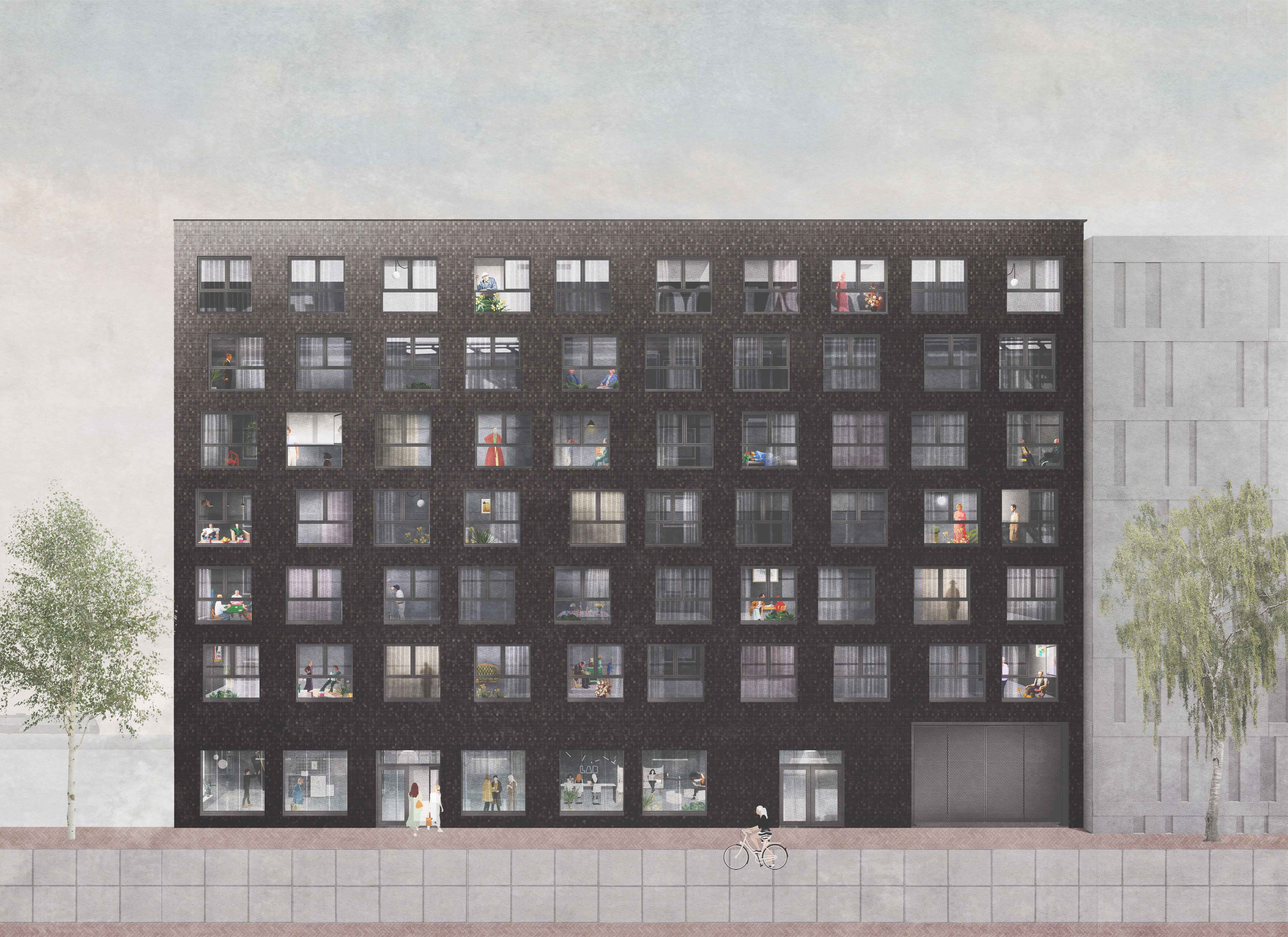 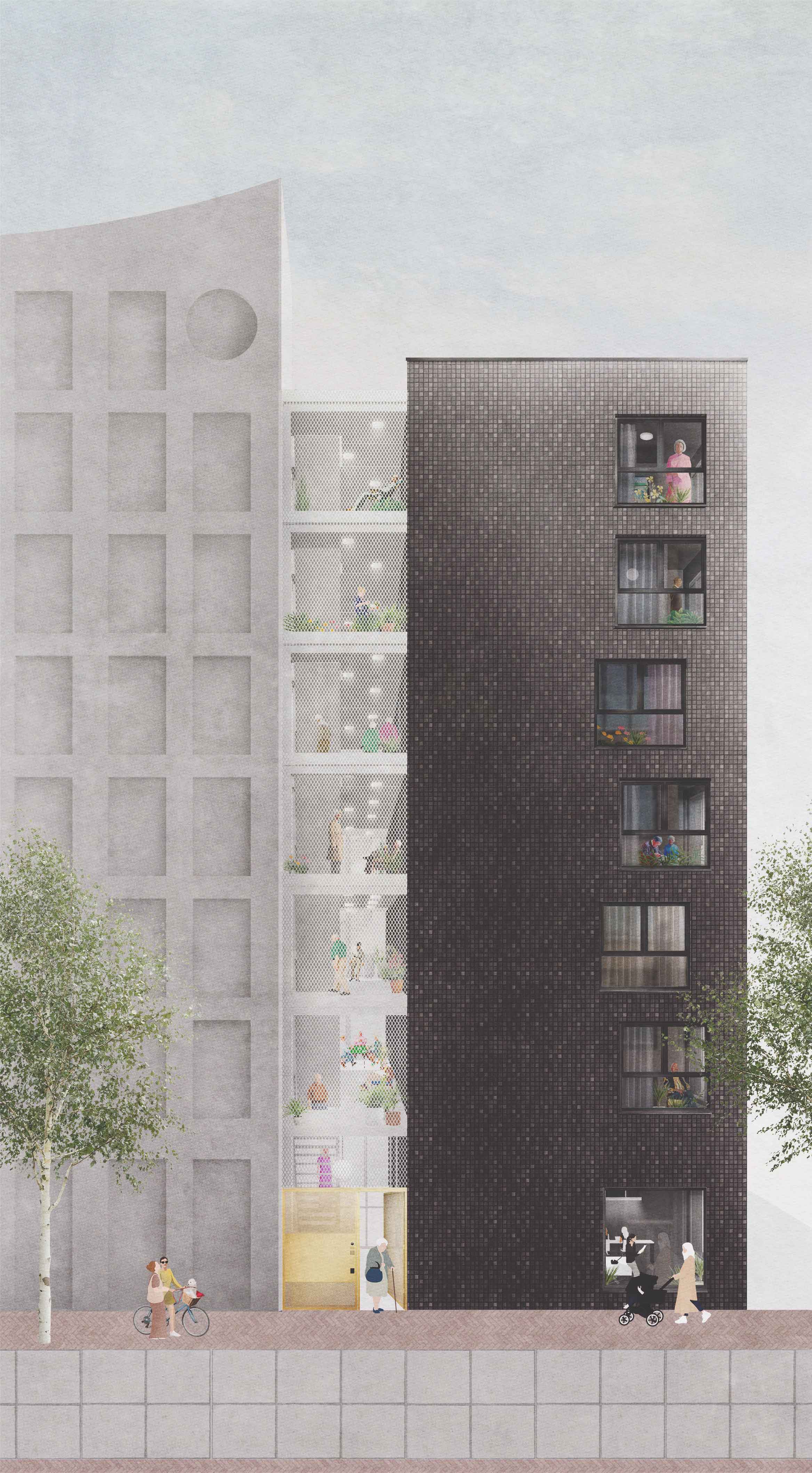 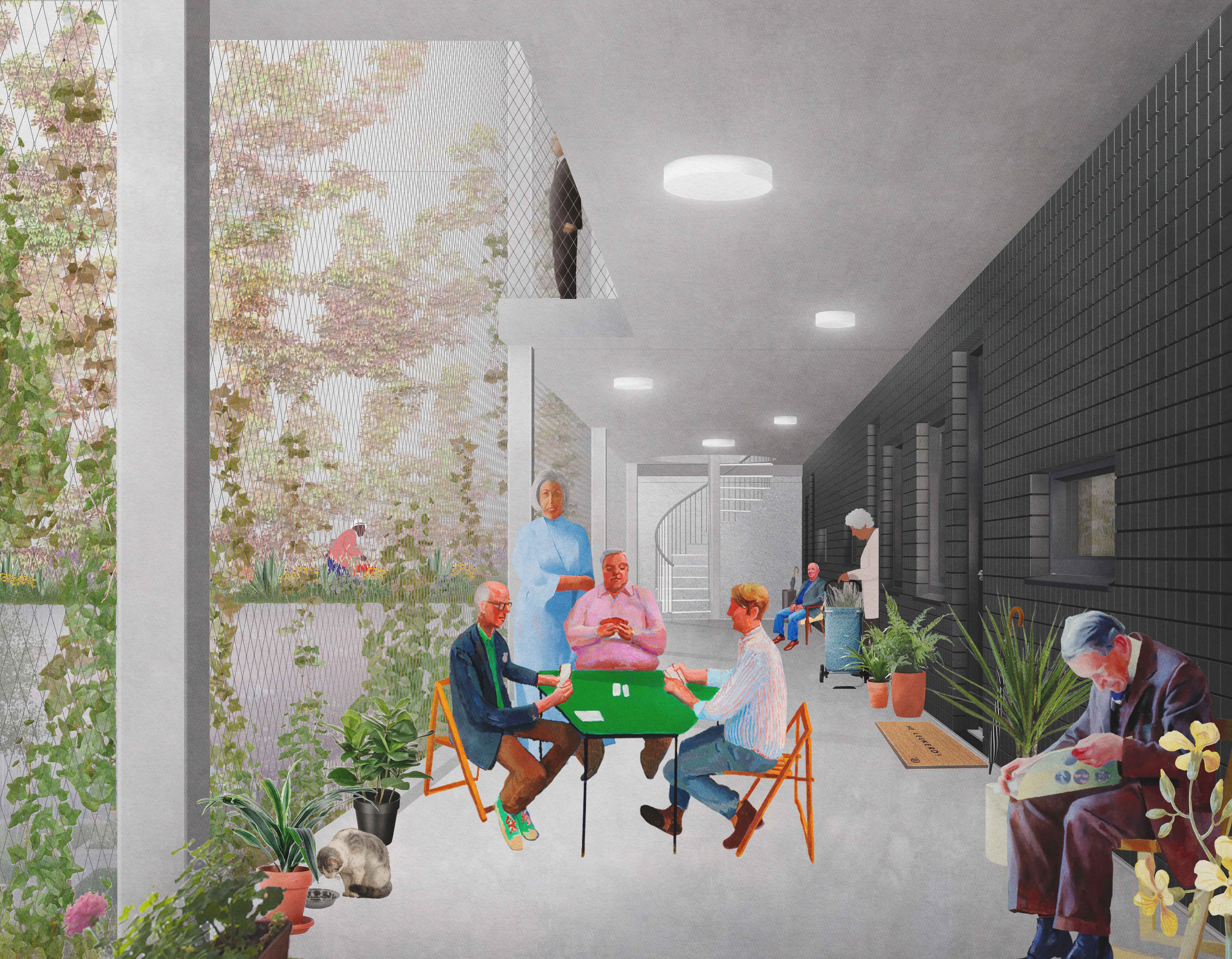 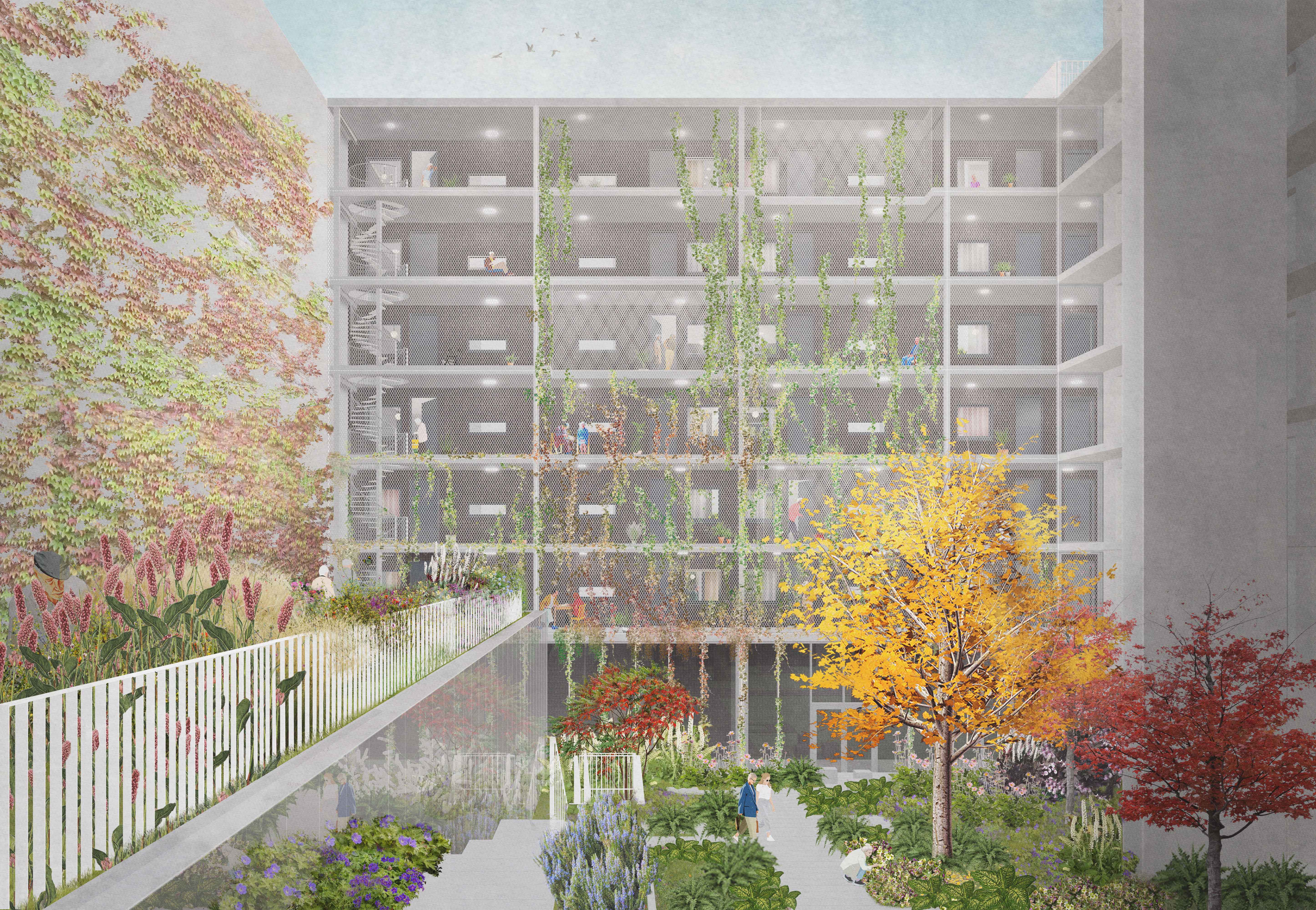 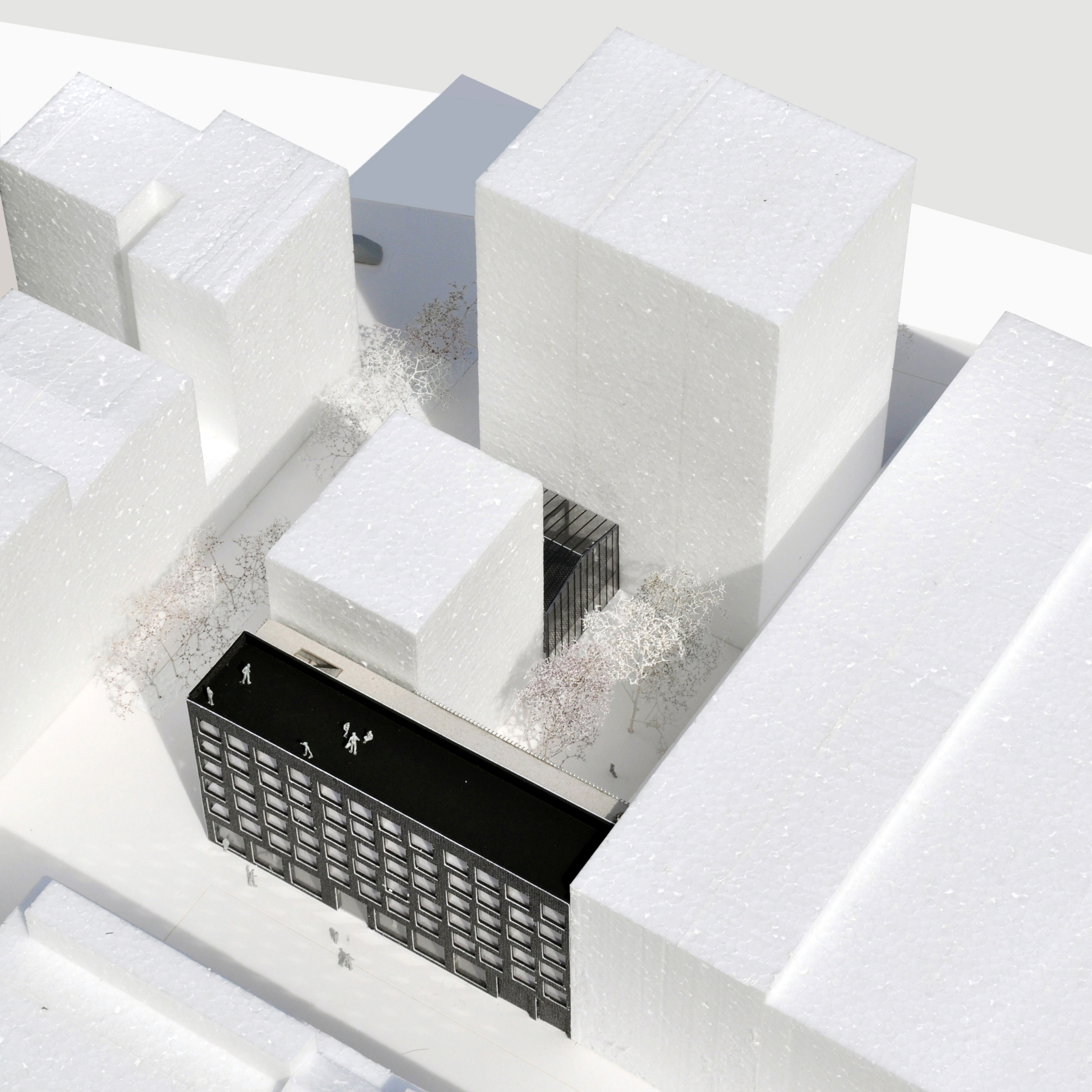