Kortepohja is a modernistic neighborhood in Jyväskylä, a medium-sized town (135.000 inhabitants) centrally located in Finland. The project involves an urban redevelopment for its centre and addition of two mix-use housing blocks.The challenge of the project is how to create an attractive local centre whereby the physical buildings themselves form the catalyst for the social integration. Whereby communities become self-reliant and self-organising and whereby buildings form small villages in a network that we call the city.

We propose to invert the classic modernistic scheme of the original urban scheme. It is the public space that shapes the buildings in stead of the other way around. In 1784 Giambattista Nolli drew a map of the city of Rome that was revealing. Normally plans showed the built and the unbuilt space, the private and the public. Nolli presented the enclosed public spaces, such as the interior of the Pantheon, as open civic spaces. For a community exactly these open and shared spaces offer inhabitants a mutable appropriation.

The three Student Village residential buildings will be replaced by one 4-5 story student building enclosing a communal square. On every level the communal corridor is interrupted by the shared ‘Nolli Gardens’, breaking the long vista, and adding surprise and social interaction to the common space. These spaces are programmed with a collective dining room with kitchen, winter garden, lounge area, library, sauna etc.

The building for the elderly is a 3 story building that encloses a square on which a new supermarket and restaurant will be located. This ensemble will create the central block for the neighbourhood. All the apartments have a double orientation, facing both the street and the communal space that doubles as the access to the apartments. 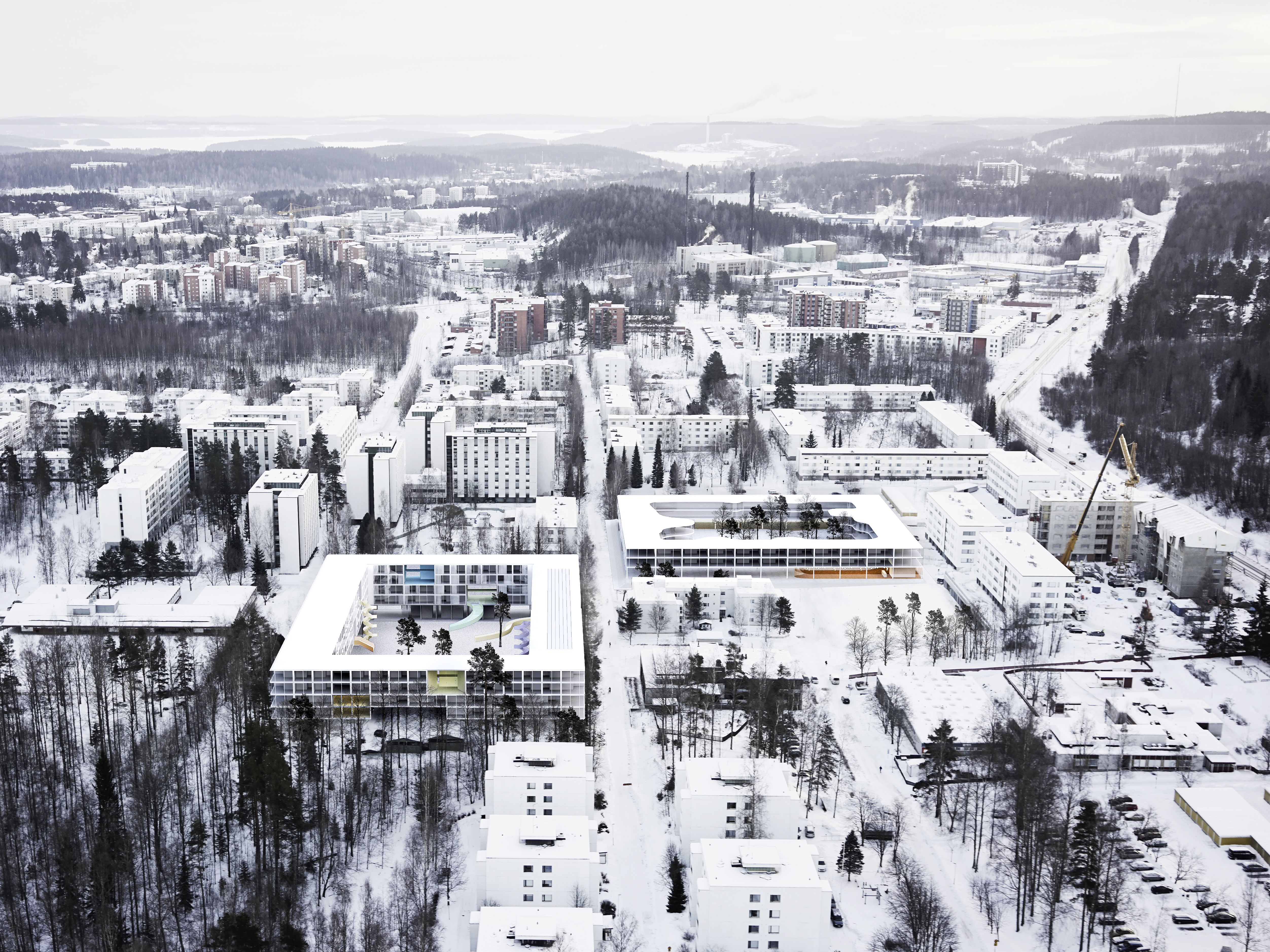 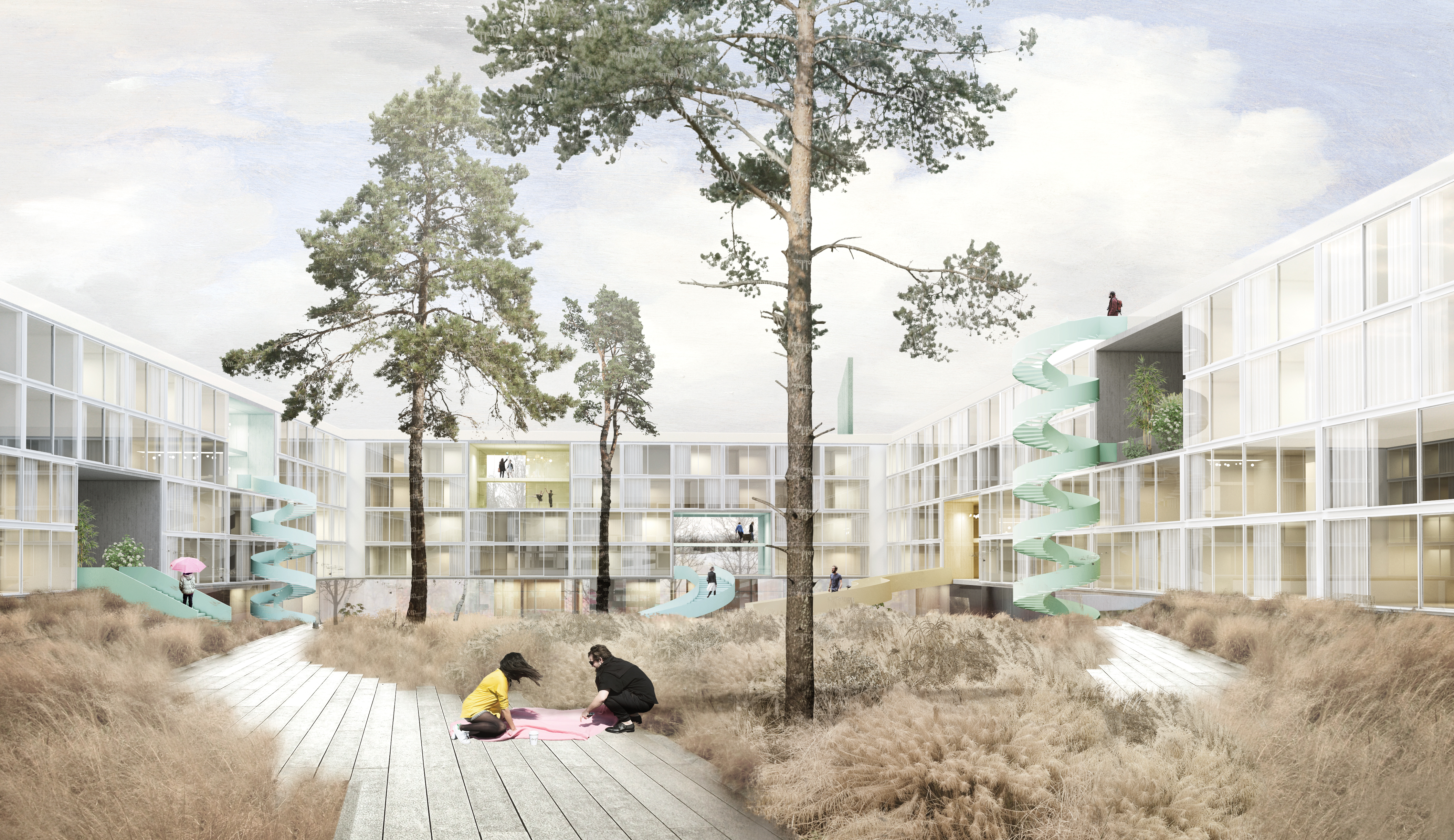 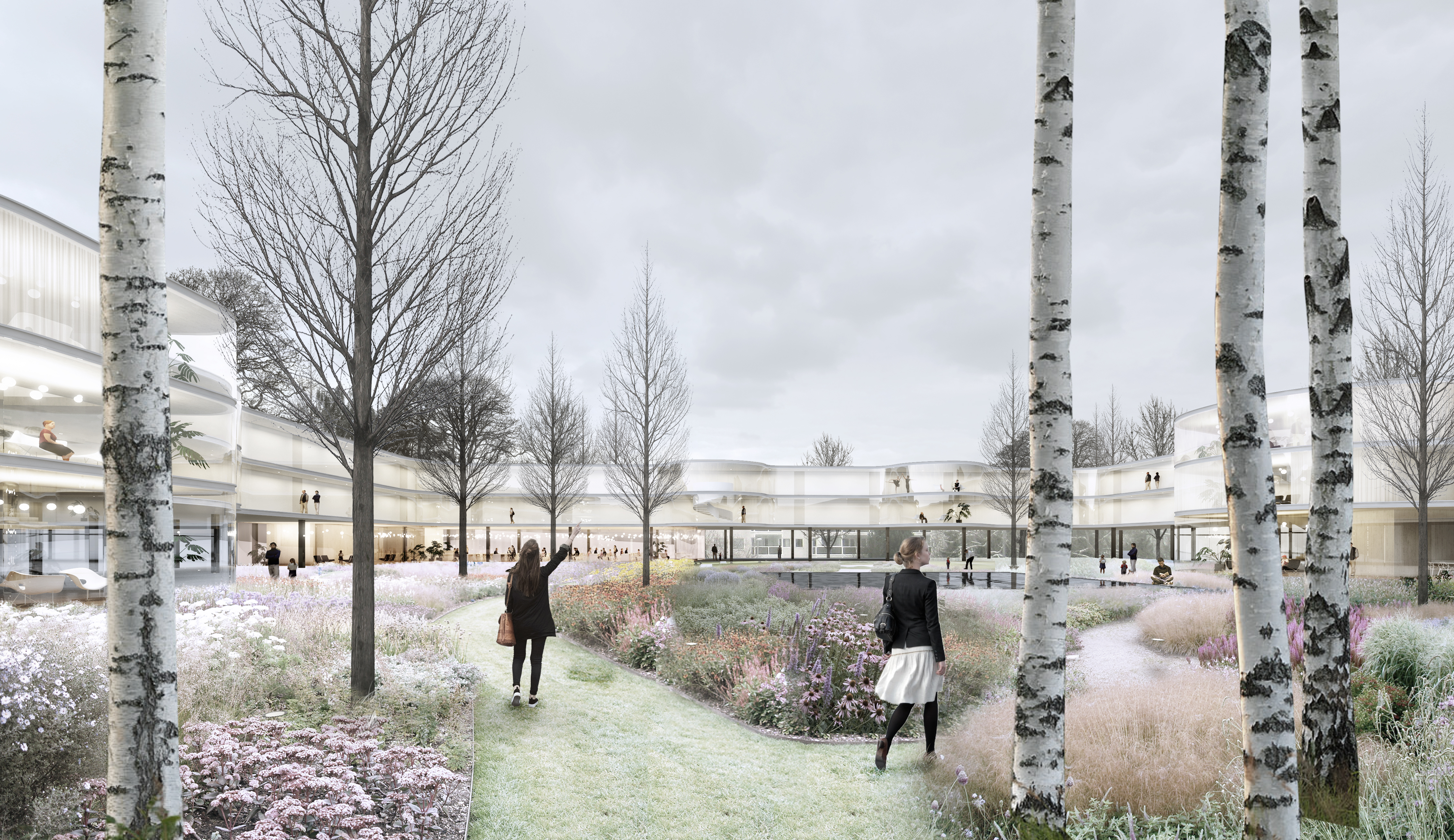 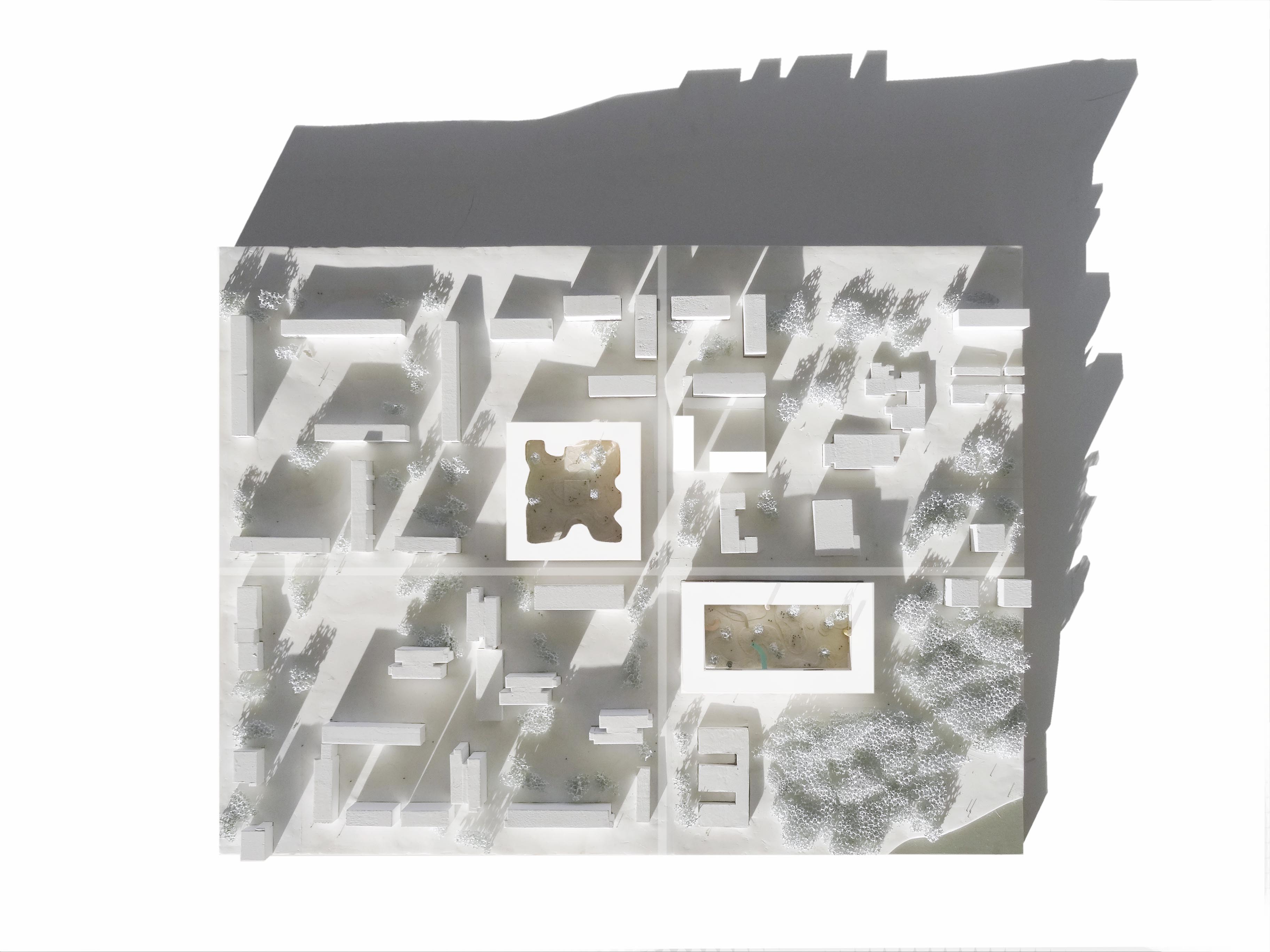 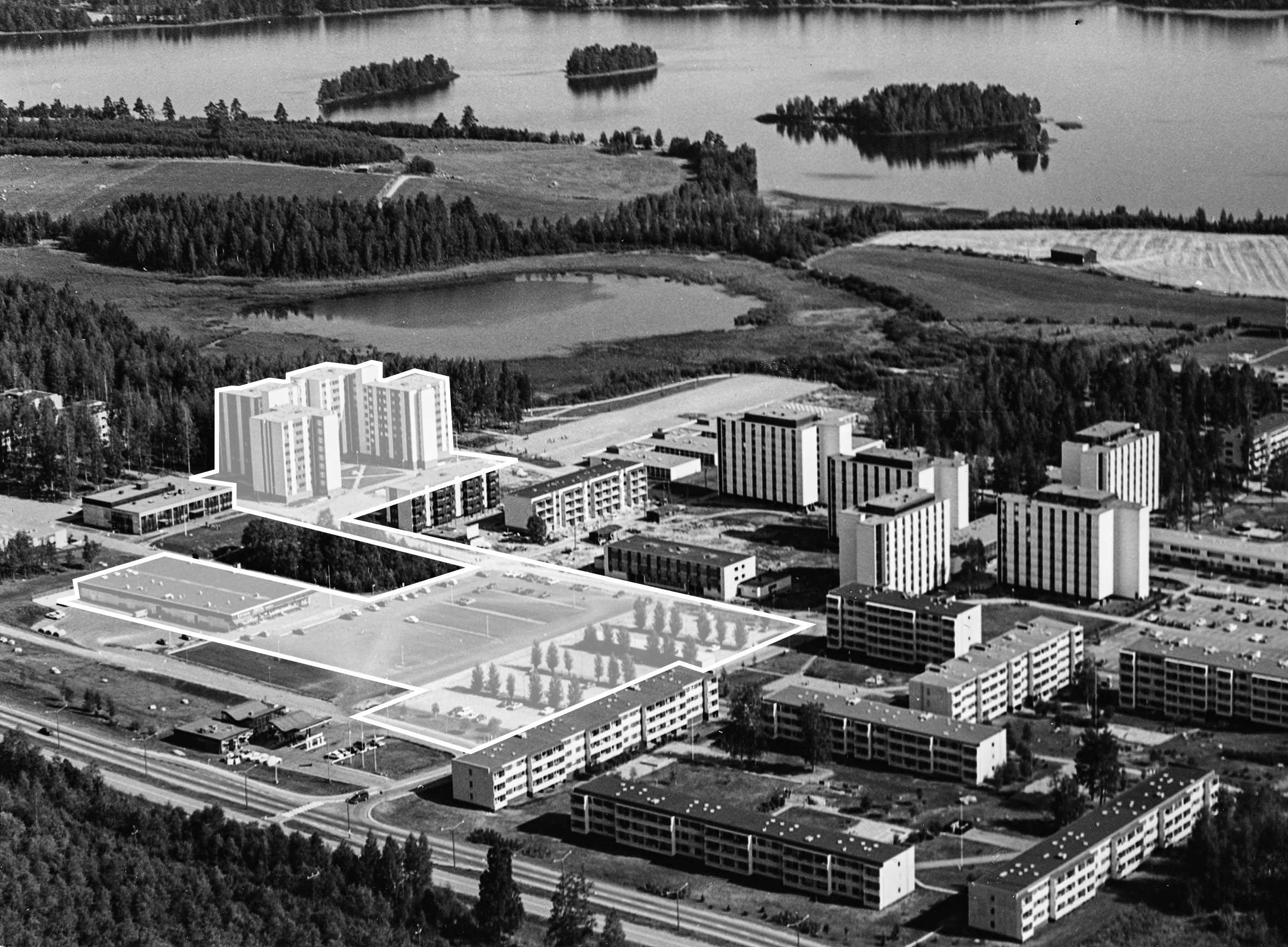