Restaurant Vermeer is located on the ground floor of the Barbizon Palace hotel along the Prins Hendrikkade in Amsterdam. The hotel will be refurbished and during the renovation the restaurant moves to the adjacent St Olof’s Chapel. The chapel was built around 1440 and has undergone many transformations and has had many functions over the centuries.

The St Olof’s Chapel is an impressive space. An oasis of calm in the heart of Amsterdam. But also a space for which applies: ‘what you see is what you get’. The first impression is equal to the last impression. The space lacks intimacy of a restaurant and is not layered enough to stay for two hours and dine, have something to drink and discover something new during those two hours.

Together with the Michelin chef of the restaurant Chris Naylor we introduced a smaller scale in the large open space. Hotel furniture that became available during the renovation was used for the interior of the restaurant. Similar to the way painter Johannes Vermeer used interior elements like a window, table or tapestry to define a space, we used elements of the hotel rooms to transform the monumental space of the chapel into small intimate rooms. The name of the restaurant refers to this intervention: Roomservice at Olof’s.

On the ground floor this results in a surreal world where you eat, drink and wander between identical mini bars, nightstands, hanging mirrors and curtains. From the mezzanine level a guest can have the overview of the maze of dining rooms. 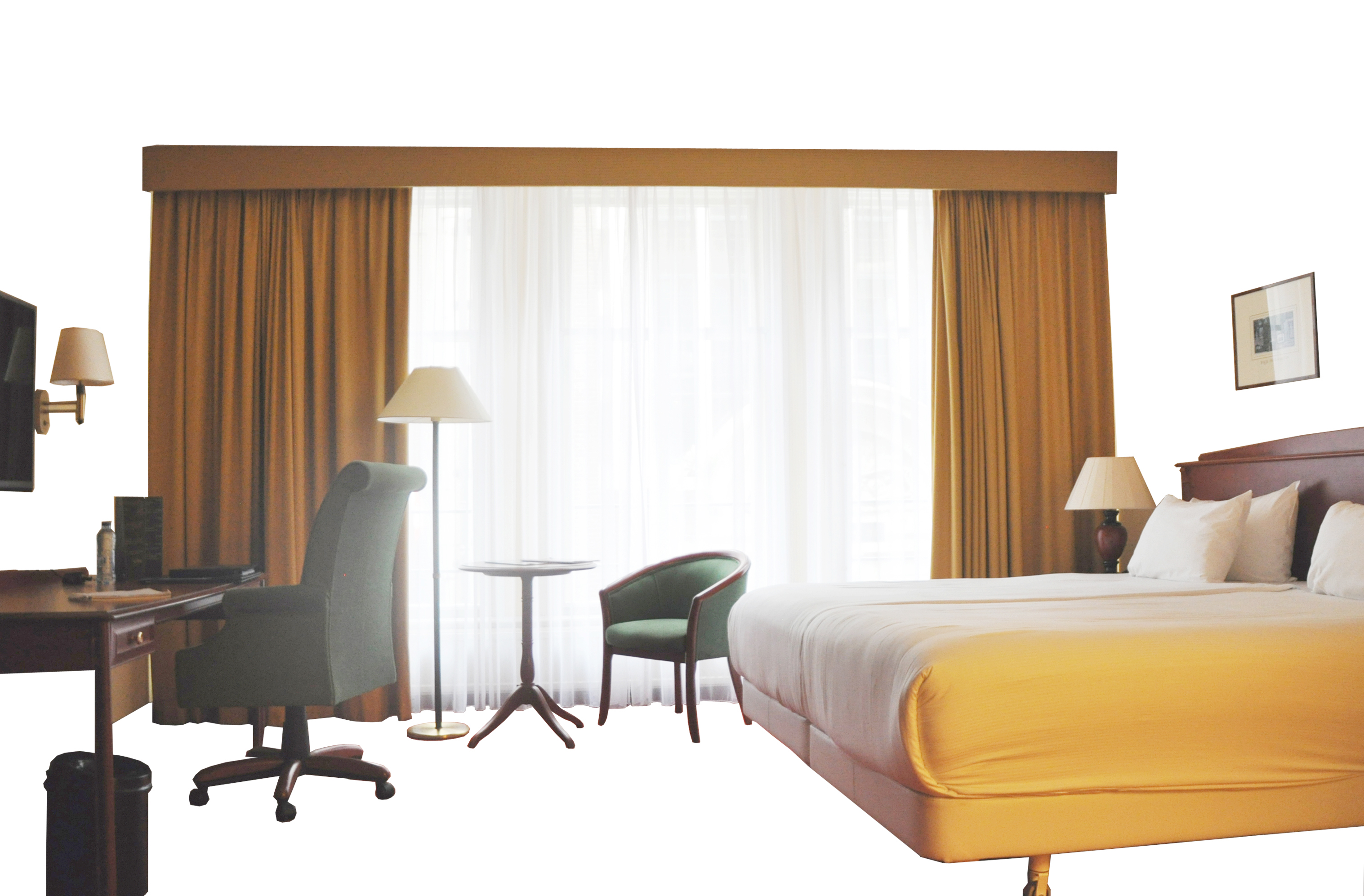 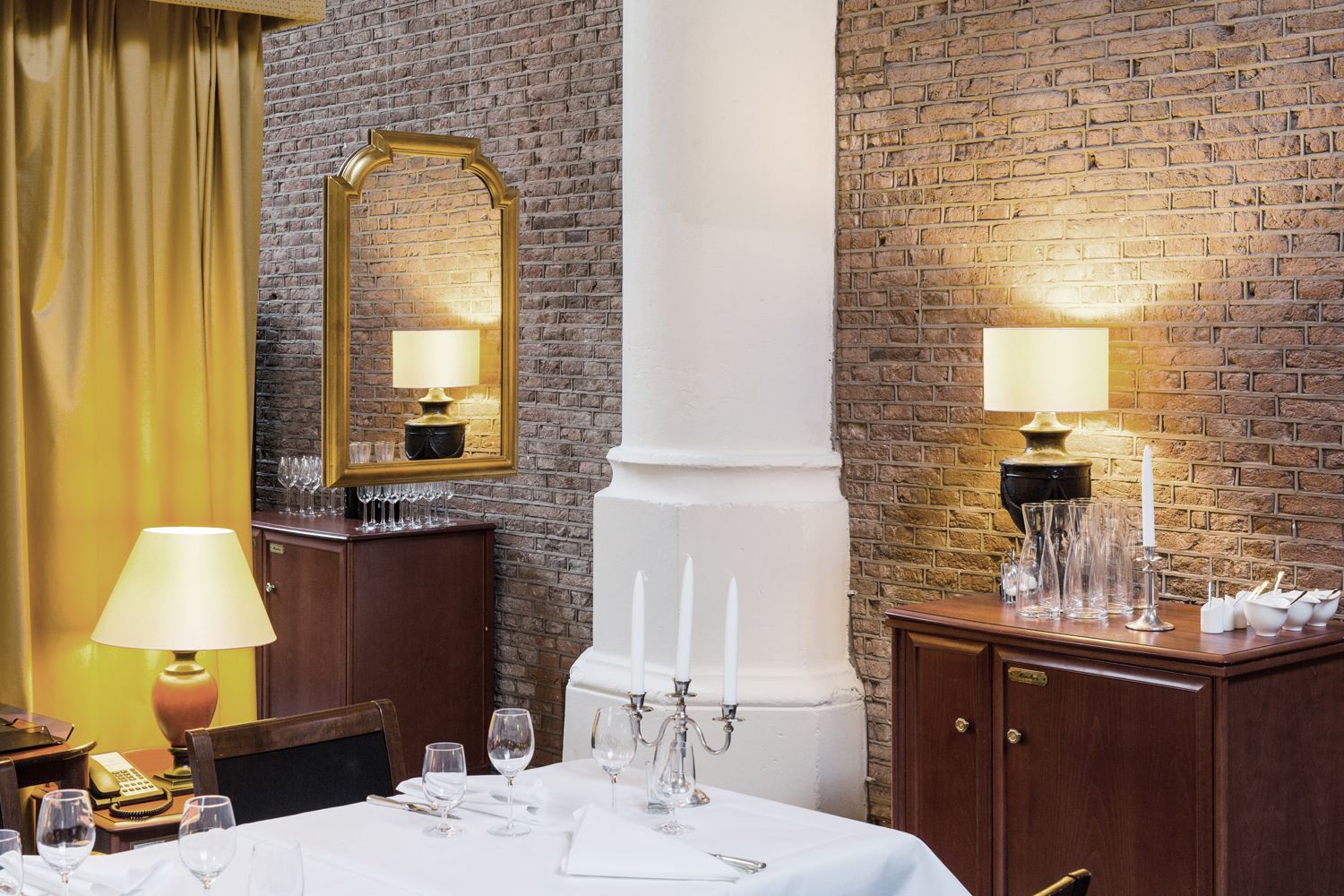 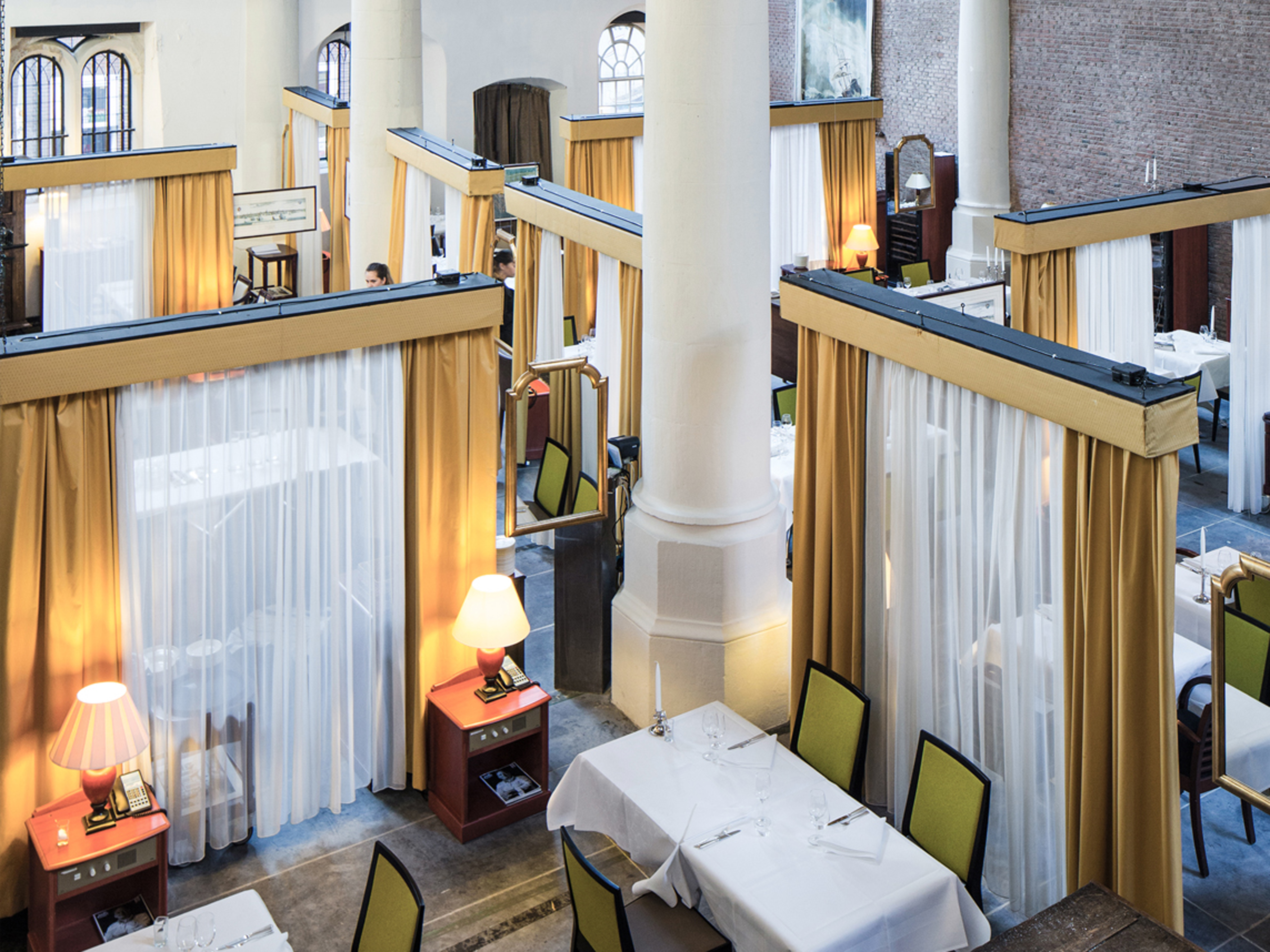 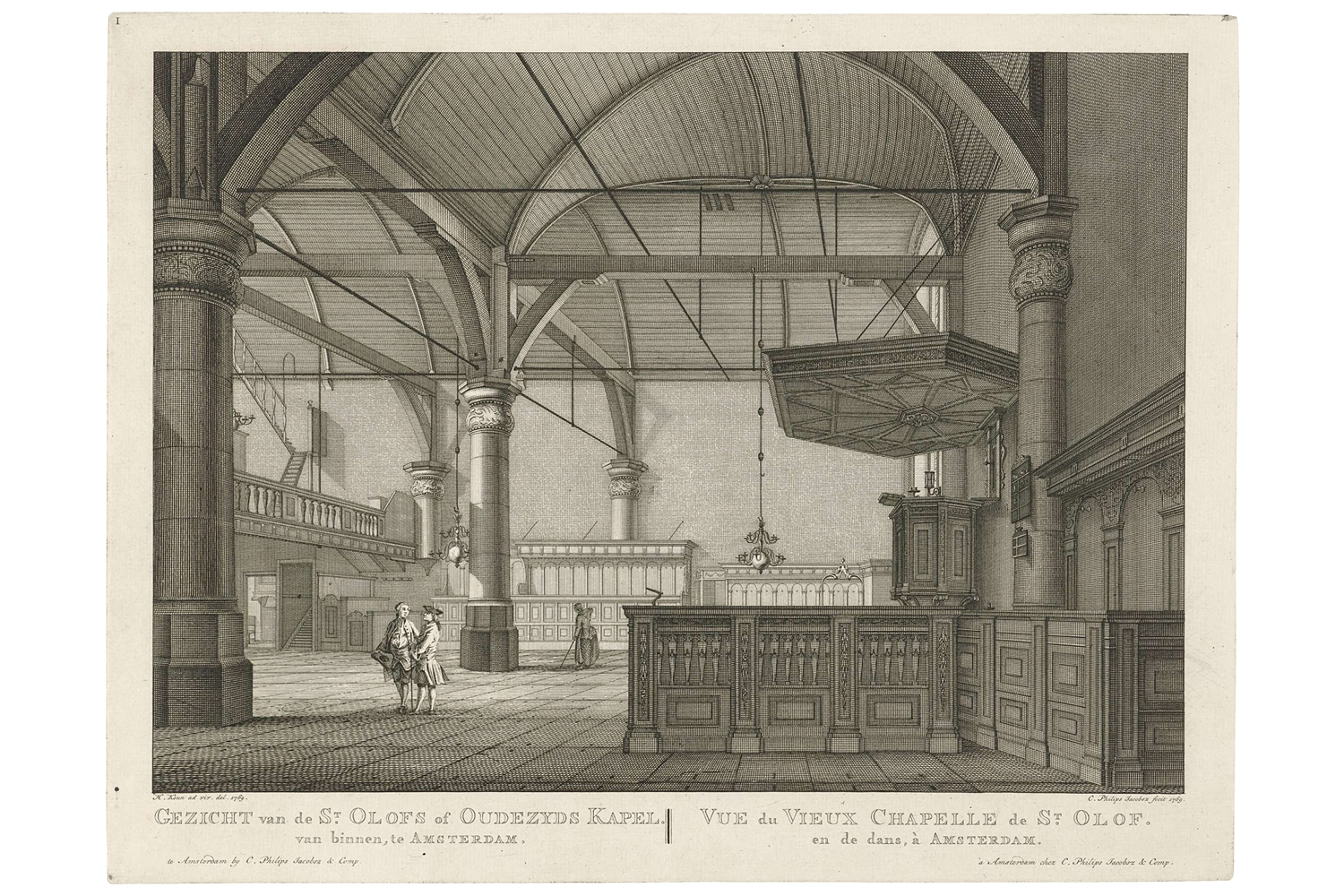 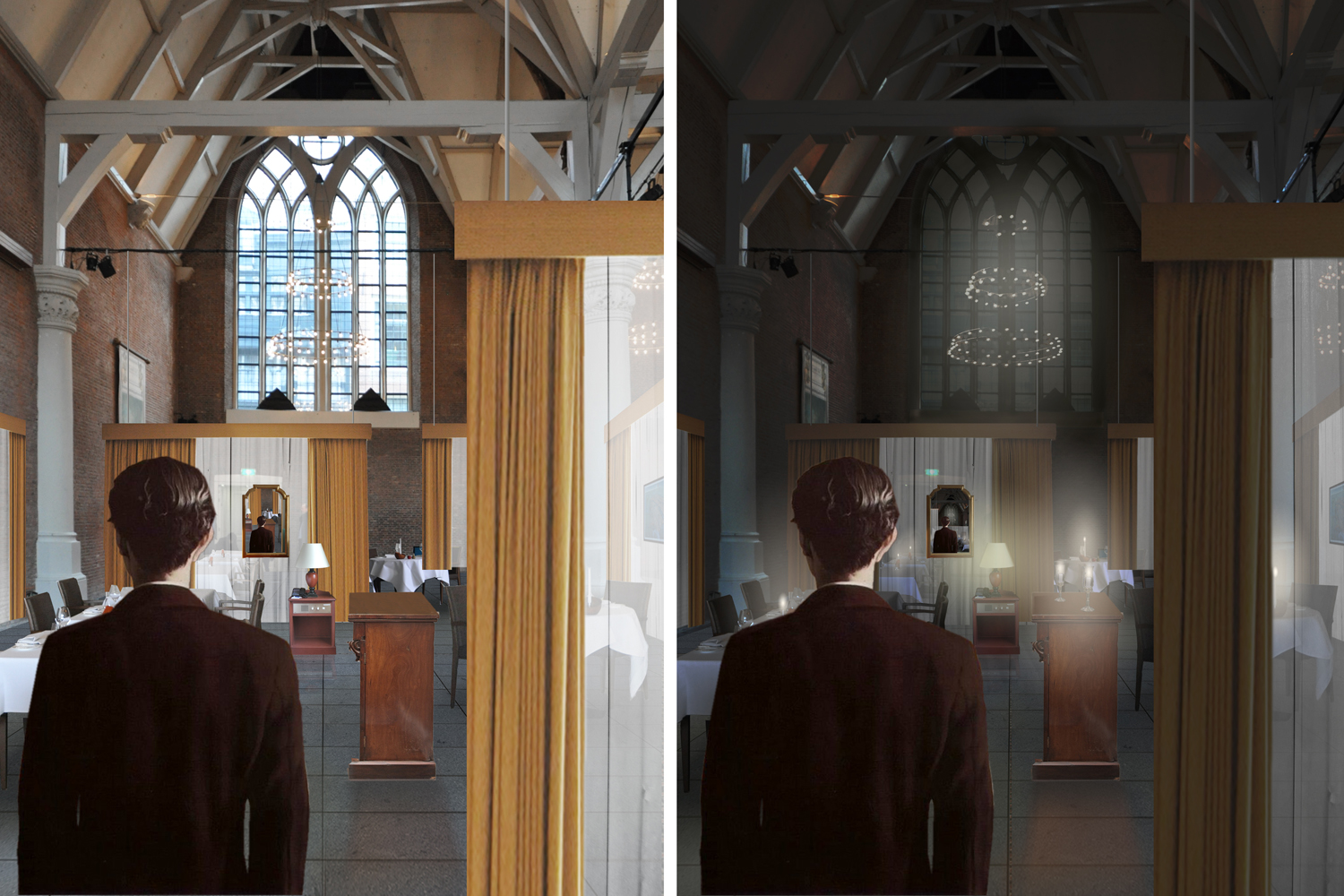