Lambeth College offers higher education, apprenticeships and training for young people and adults and is located in Vauxhall, an area in London that is undergoing a drastic transformation. New developments like that of the Battersea Power Station have a great effect on the development of the area as a whole. The college will develop a hotel on its existing premises that will be operated by a professional hotel chain but will also function as the training facilities of a new hotel school.

Since the hotel will be developed within the dense existing urban fabric and it should not be a destination for tourists only, but for local residents as well. The hotel should give extra space to the city rather than taking up space. The focal point of the design is therefore the direct spatial and functional relation between the public space and the public program of the hotel (bakery, restaurant, lobby, bar, library).

Due to the tight plot and height difference on the site, the entrance to the hotel lobby enrols itself parallel to the facade creating a terrace directed to the sun and the view towards the main street. Because of the height difference two entrances are created; the main entrance on the level of the terrace and an entrance for conference rooms that are operable separately from the hotel on a higher level.

The spaces on the ground floor levels have a height of 4.5m and due to the positioning of the program and the glass facade, the ground floor will be very transparent, open and inviting. The hotel does not have a back. The interior of the lobby will be specifically materialised according to its functions. The lounge will be light and bright and spatial, the bar will have wooden and golden surfaces. The reception will be black and white and have a clean and straight forward appearance. The terrace is visually connected to the lobby inside by a materialisation that matches the program on the ground floor. 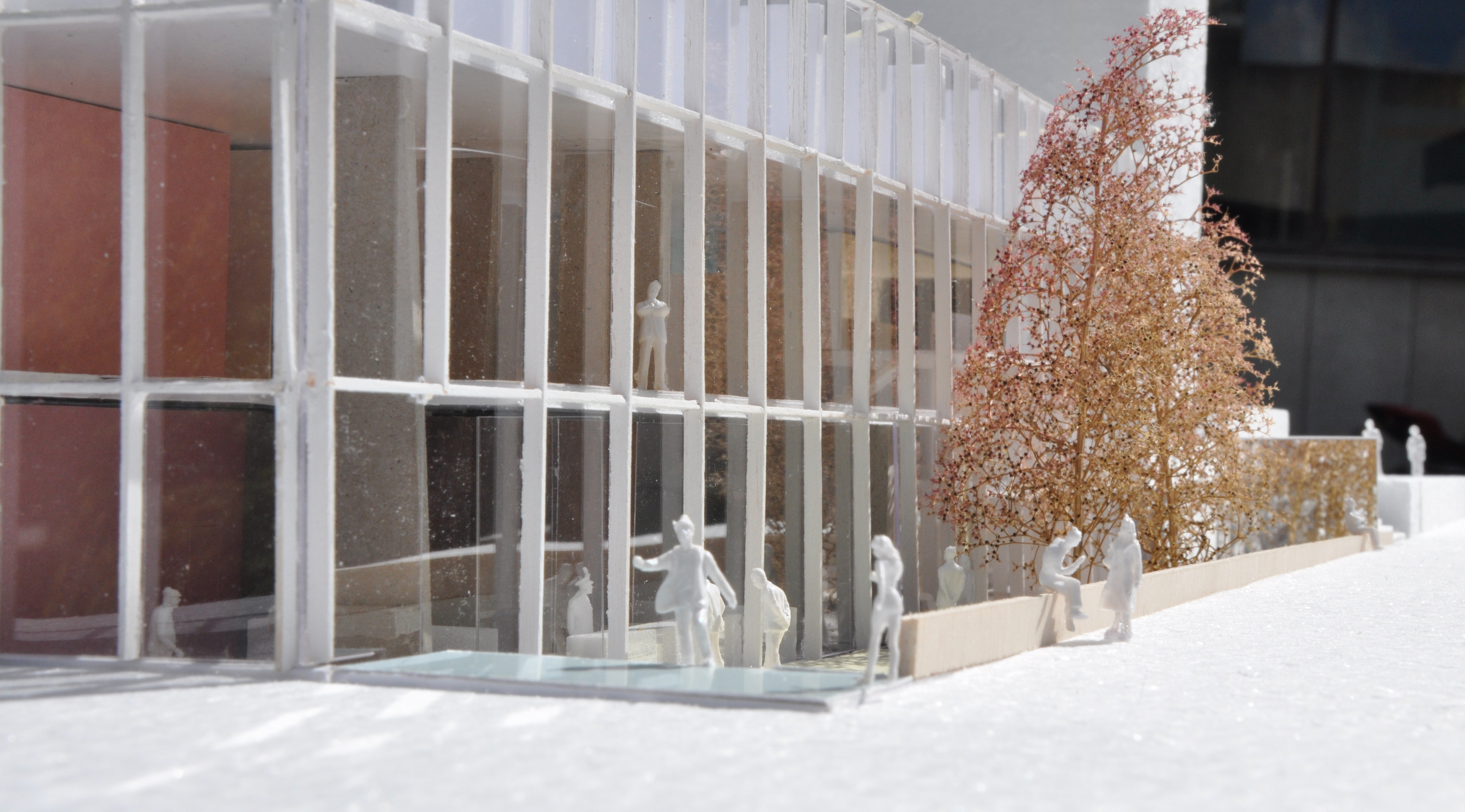